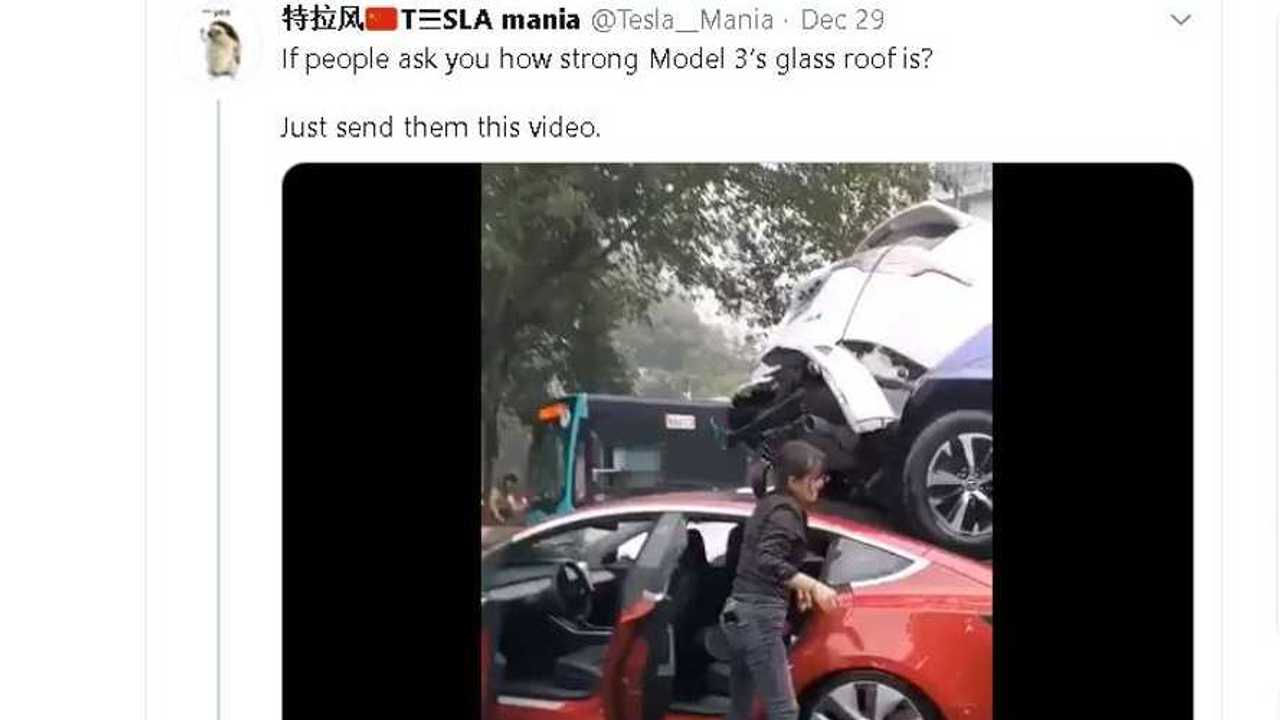 The Model 3's cabin appears untouched after this multi-car accident and pileup.

There are plenty of stories out there about how well Tesla vehicles perform, along with all the amazing technology they offer. In addition, the Silicon Valley automaker continues to tout its cars' ultimate safety, which has now be substantiated by multiple testing organizations.

Check Out These Tesla Safety-Related Articles:

Regardless of what the tests reveal, it's amazing to see how the Model 3 has fared in many recent crashes. As shown below in a series of tweets, a Model 3 was involved in a multi-car collision and subsequent pileup in Guangdong, China.

It's clear the Model 3 struck another car or was hit by another car, which damaged its side and front end. However, if you look closely at the Tesla's cabin, it seems unaffected.

Following the crash, there happened to be a large SUV sitting on top of the Model 3's trunk and glass roof. Interestingly, it doesn't appear to have caused any collapse or breakage. You can see that the driver's side front and rear doors still open, and passengers in the front or rear seats would have no problem exiting or entering the vehicle.

In fact, it was reported that the Model 3 driver walked away unharmed. You can see in the video that someone is actually approaching and reaching back into the vehicle to retrieve something. This isn't the first time we've seen a Tesla driver and/or passengers walk away from a bad collision.