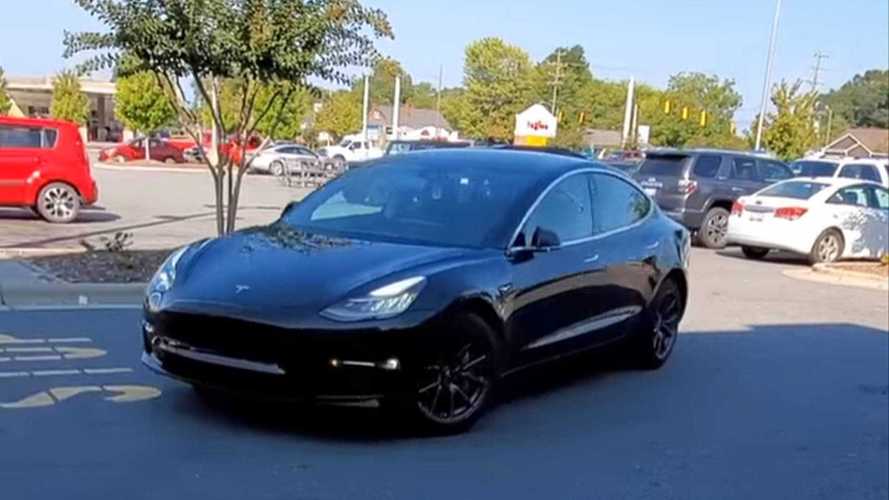 Apparently, you don't have to be a Tesla fan to realize the major improvements.

According to a recent report by Electrek, Porsche engineers rented a Tesla Model 3 to check out its V10 software update. More specifically, the company was interested in running tests on the updated Smart Summon and Tesla Autopilot features. Interestingly, times have changed since Porsche CEO said back in March 2018:

“Tesla is not a benchmark for us.”

We know full well that Porsche has tested and benchmarked Tesla vehicles in the past. Many other automakers have done the same, which makes perfect sense. As legacy OEMs move toward electrification, looking to cars like the Model 3 for insight is expected.

Porsche CEO - "Tesla Is Not A Benchmark For Us"

However, this is the second time we've heard of a German luxury automaker having to rent a Tesla for its research. In the previous case, it was reported that Mercedes-Benz rented a Model X, put it through the paces at the track, dismantled it, put it back together, and returned it to its owners.

It seems a bit strange that these companies are having to rent Teslas using Turo in order to have a vehicle to test and benchmark, though at times Tesla delivery windows are lengthy. In this case, Porsche rented a Model 3 from Las Vegas native Jensen Gadley.

To test out the car's Smart Summon feature, Gadley had to be onhand with the Porsche engineers — who showed up driving a Taycan — so that they could use his mobile phone. Following the parking lot tests, the folks from Porsche took the Model 3 out for a drive to test its Autopilot semi-autonomous driving technology.

Gadley said the engineers were impressed with the software's improvement. So, clearly, they had tested a Tesla prior to the V10 update.

As always, leave us your thoughts in the comment section below.