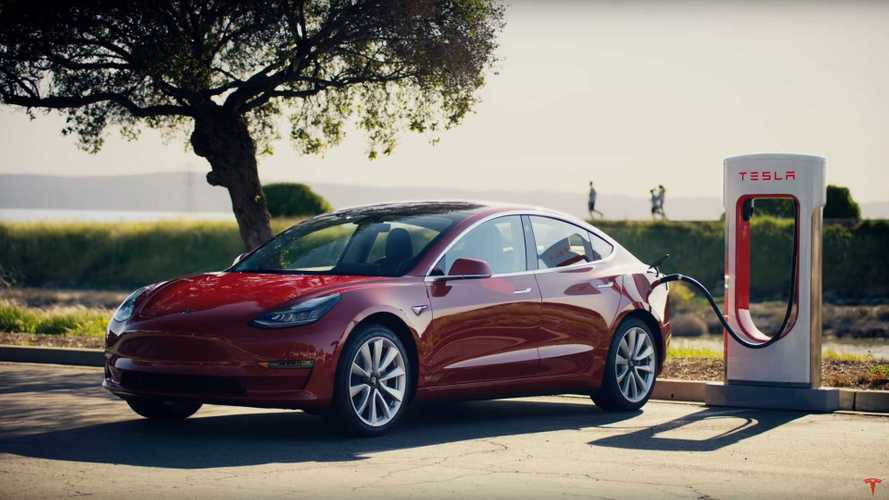 Tesla Model 3 Standard Range Plus will be able to charge at up to 170 kW (42-70% improvement over previous levels).

It can now go up to 170 kW. Initially, the charging power of SR+ was limited to 100 kW, later it increased to 120 kW, which means that now the unlocked output is 70% higher than in the beginning.

It's hard to tell why Tesla decided to increase power just now - maybe it collected enough data about the Standard Range battery packs to be sure about their performance and longevity even when charging at higher power.

The update of the Supercharging power is one of the most important for the SR+ version, as it has the smallest battery pack/shortest range. By enabling quicker charging, owners will benefit on long-distance trips.

We assume that the Mid Range Tesla also can now charge faster (at least 170 kW as the SR+).

The 2019.36.1 update brings also 5% more power from the drive unit, which gives us simply answer to the question of how could you not love Tesla for all those improvements over time?

Another new feature is the Automatic Navigation, which starts a route to a likely destination (if there is any associated in the calendar).