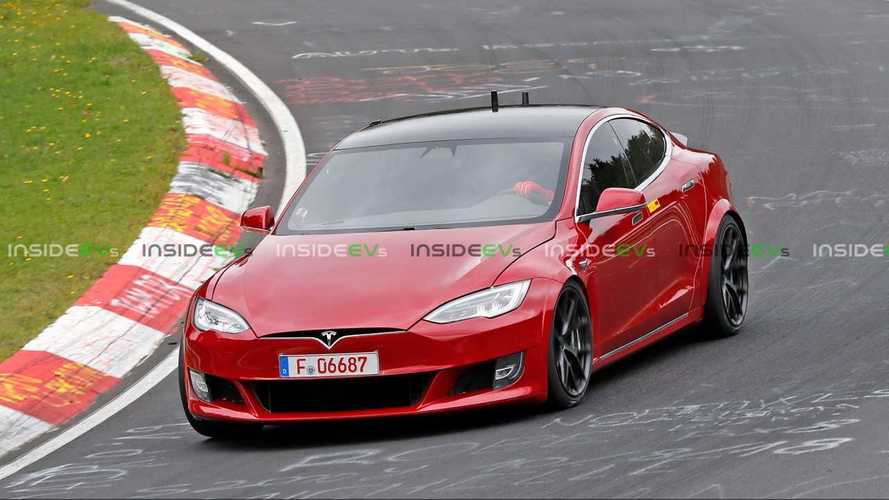 It's now out of commission, with just the blue Model S Plaid left out on the track.

According to reports, the red Tesla Model S Plaid that's been testing at the Nurburgring was involved in a crash that has taken it out of commission.

Tesla has been testing at least two different variants of the Model S Plaid at the Ring. It's easy to spot the two as one is blue and the other is red.

It's now being reported that the red Model S was involved in a wreck last Friday and hasn't been seen out on the track since the crash. The driver of the red Model S, Thomas Mutsch, was reportedly testing the car in wet conditions and lost control.

There's no word on the extent of the damage. Nor is there any indication of whether or not Mutsch was injured in the crash. We hope Mutsch is okay and will update this post if any word comes in on his condition.

Additionally, Tesla has further tweaked the blue Model S Plaid by adding a front splitter as well as a huge spoiler out back.

There's still no official time for either the red or blue Model S PLaid at the Ring. However, some hand-timed previous laps put the quickest one at 7:23 with Tesla claiming it should be able to cut that time down to just 7:05 in testing this month.