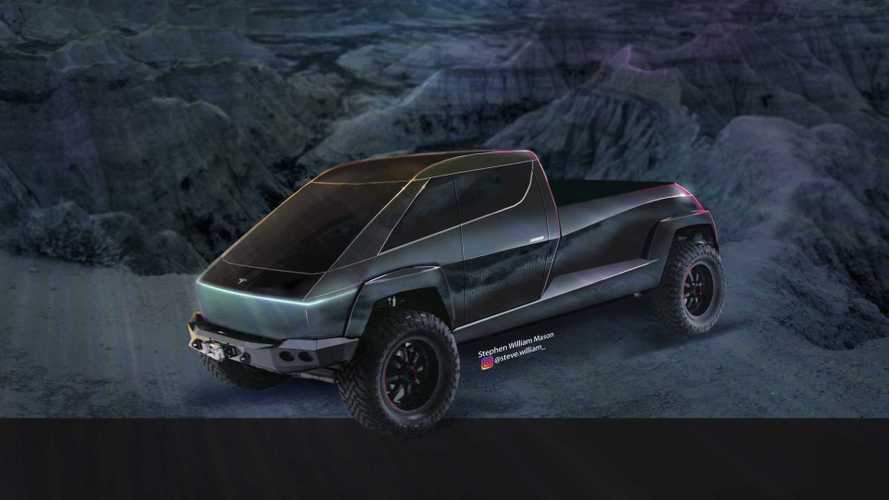 It was an exciting week in the world of electric trucks. InsideEVs posted on a new, but hidden in plain sight potential Tesla truck released by Musk. Plus, a Tesla truck render that looks about as real as it gets and a rugged, cyberpunk render too.

Did Musk Already Reveal The Tesla Pickup Truck To the World?

With recent remarks from Musk on the outward appearance of the upcoming Tesla truck, the vehicle that was seen in this April 29th tweet basically fits the description. Musk stated that the truck looks more like a futuristic personnel carrier than any of the renders floating around the Internet. And that's precisely what we see right here.

Here's a new take on the Tesla truck from the same renderer who brought us the Ram-Tesla truck.

It's clear to us that this is what Tesla CEO Elon Musk has in mind for the upcoming Tesla truck.

From the lone teaser image released by Musk, this radical cyberpunk render of the Tesla truck surfaces and it's true to the teaser, as well as being extremely polarizing as Musk suggests the truck will be.

Check out this latest render of the Tesla pickup truck. This cyberpunk, sci-fi render of the upcoming Tesla truck combines cues from the lone teaser released by Elon Musk with elements of ruggedness and bits from the future.

This particular render comes to us via an unusual source. You'd be shocked to learn who rendered it. We say shocked because this is the work of a very young and quite talented designer, artist and creator of a website