Here's a new take on the Tesla truck from the same renderer who brought us the Ram-Tesla truck.

It's clear to us that this is what Tesla CEO Elon Musk has in mind for the upcoming Tesla truck.

From the lone teaser image released by Musk (see below), this radical cyberpunk render of the Tesla truck surfaces and it's true to the teaser, as well as being extremely polarizing as Musk suggests the truck will be.

Additionally, the look here fits in with the general style of the armored personnel carriers hinted at by Musk. In fact, we selected five personnel carriers that might resemble the Tesla truck and each one had this elongated, semi-flat front end. 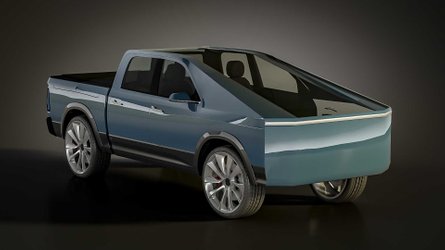 If we examine the render as a whole, as well as connect all the dots from clues and hints released by Musk, then surely this render is the most accurate we've seen to date.

Oddly enough, the render seen here comes to us from Stephen William Mason of the Tesla Ram truck render fame (see gallery below). This new render from Mason is a huge departure from the bold Ram lookalike that's been both loved and hated so much.

As Mason tells us of this new cyberpunk render:

Lately, I have been playing around with the teaser image of the cyberpunk truck that Elon sent out a while ago and came up with this.

I used the image as a starting point and applied it to a similar design principle as the Tesla semi pickup render that was also teased.

The layout is similar to the Mercedes Unimog in many ways with the cab-forward design as well as the military wheels I added to this render to illustrate the potential off-road capabilities.

Mason notes that the actual Tesla truck will likely have four doors and side mirrors, but those elements were left off of this render. Regardless, we truly think this is the closest render yet to the real deal. Do you agree? 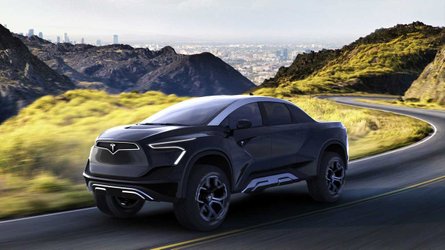 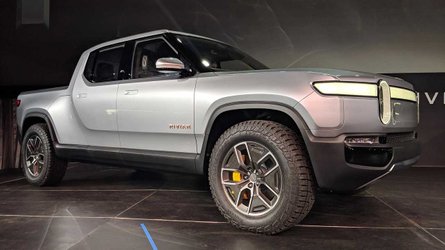 UPDATE: Rivian R1T Pickup Truck: Everything We Know - Price, Range, Towing
By: Eric Loveday
++
++
Got a tip for us? Email: tips@insideevs.com