Just look at all that storage space up front provided by the fold-down frontgate.

This newest rendering of the Tesla electric pickup truck is bold, but the trickest element is the fold-down front liftgate, which provides amazing access to the frunk. See video of its functionality here.

Gone are the days of tailgating. Now we can do some proper frontgating. 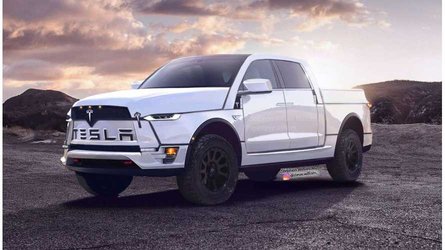 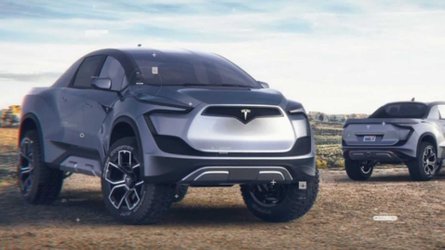 This Tesla truck render comes our way via a friend of the site who states:

I feel like if Tesla wants to be taken seriously in the highly competitive American truck market they need to come up with a design that not only looks like a Tesla, but is also rugged and bold looking.

That's precisely what we see in these renders. It surely has that American truck feel to it. Just look at that massive Tesla lettering up front. It almost screams Ram trucks. Yet somehow it still manages to look like a Tesla.

Yes, there are a few elements that perhaps look out of place on a Tesla. Those exposed hinges are an example. Tesla would never fit those to a vehicle due to aerodynamic concerns. And it certainly bares no resemblance to Tesla's latest truck teaser, but we enjoy its appearance. 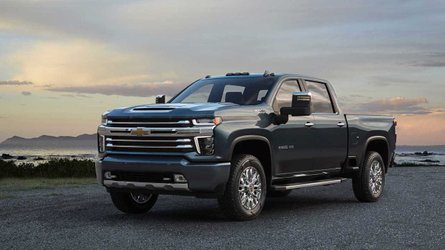 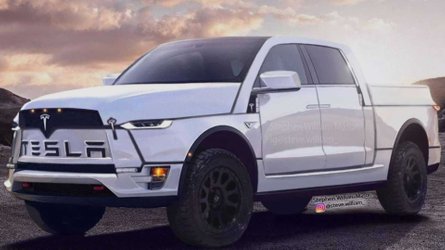 My favorite design element of this truck is the front tailgate! I think it would make loading items in the front a lot easier and it would be a nice place to sit as well.

We couldn't agree more. That's a slick design element right there. That's for sure.

Tesla will officially unveil its electric truck later this year.

Grab a look at the additional rendered Tesla truck images in the gallery below and in this new video here and let us know what you think in Comments.