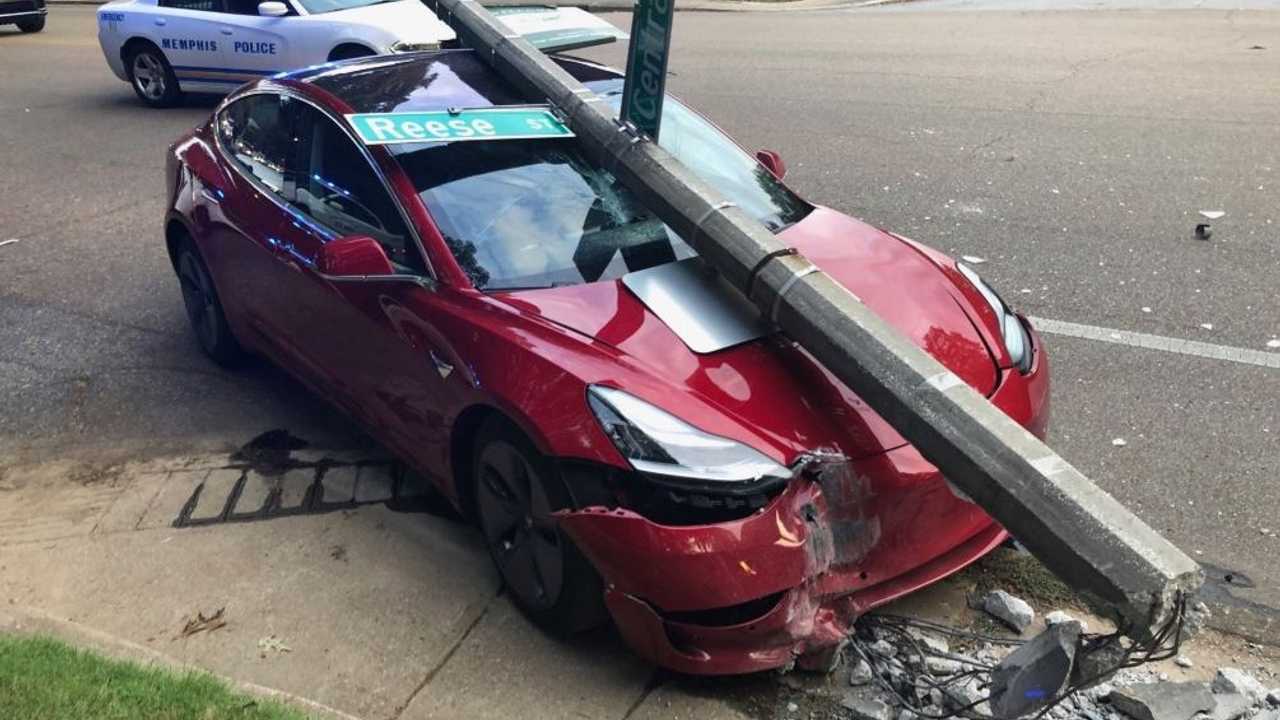 The initial wreck doesn't appear too severe, but then the pole falls over onto the roof of the car.

Often times, we don't have details on stories such as this, but thanks to the Tesla community, we know the outcome this time. Nobody within the Model 3 was injured. The driver Bernie Daigle and his 2-year-old child walked away from this wreck uninjured.

How strong is the Model 3 roof? Strong enough to protect me and my 2-year-old daughter from a concrete utility pole. Thanks to Elon and Tesla for building such a safe car! I'll be buying another one as soon as I can.

As you'll notice in the video clip (uploaded by the driver of the Model 3) up above, the Model 3 is passing stopping traffic. As it turns out, the traffic had stopped to let a car make a turn. Well, neither the turning car nor the Model 3 driver saw what was coming until it was too late.

The car that caused the wreck, the VW Beetle, appears to flee the scene.

Tesla has often touted the safety of its cars and this crash proves yet again that the Model 3 is indeed one of the safest vehicles out there. For more on the safety of the Model 3, follow these links:

Merging Gone Wrong: Dodge Durango Flies By Tesla Model 3 Then Crashes
++
Got a tip for us? Email: tips@insideevs.com