We only know it happened on September 17 in California.

Dear readers, you are probably the only ones that can help us solve this mystery. This footage shows a nasty accident that happened on September 17. At least five cars seem to have crashed at the Insterstate 880 between Jackson Street and Tennyson Road, in Hayward, California. Two of them are Tesla Model S units.

They were all in the left lane. A Toyota Prius, a Honda Accord, and a Mercedes-Benz GLK are the other cars that appear in the video. Some seem pretty damaged, such as the Prius and the red Model S that is ahead of the others. 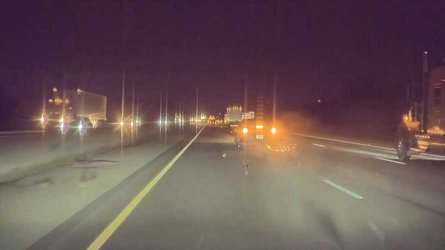 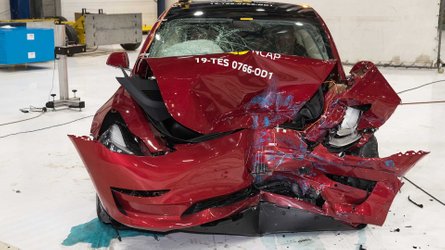 It looks as if the Prius suffered a crash on its left side. The Accord and the blue Tesla present no visible damages, but they could be on their left sides. We are not able to see these parts of these cars on the footage.

The red Model S is 100 yards or even a little further ahead of these three vehicles. It sits very low as if its air suspension is no longer working – which is very likely. The front of the Tesla is destroyed, with the right wheel popping out of the now absent right wheel arch.

It seems the red Tesla was the car that struck the Toyota Prius’ left side, and the other three vehicles got minor damages from this main event, but we cannot tell that for sure.

The circumstances resemble an accident that happened at I-405, in California, on January 22, 2018. In that case, Autopilot was working, and the driver tried to blame it for what happened. What about this one? Was Autopilot activated in any of the two Teslas?

Did you witness the accident or are aware of people that may have seen it? If you can help us in any way to understand what happened, drop us a comment and let us have more info on what the video reveals. Despite the bad shape of the Toyota Prius, we hope no one suffered any severe injury.