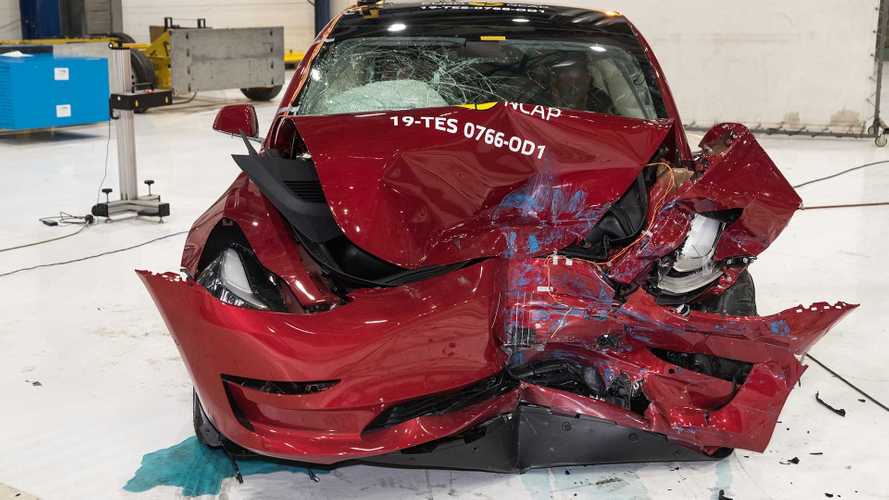 How’s the insurance company supposed to know if they are safe without evidence?

Folksam is a Swedish insurance company that publishes research about the safest cars in that country since 1983. This year, they analyze the damages people suffer in car accidents on 324 models and determined which were less likely to harm their passengers – and which required smaller amounts of money for premiums. No Tesla was included in the list. The reason is that Tesla cars did not crash enough.

“There is simply not enough evidence. We saw seven accidents with Teslas in this year's material and that is far too little. They have very many safety systems and high security, which means that they may never be included in our lists if the car fleet is too small,” Anders Kullgren, research chief for Forksam, told NyTeknilk.

We have searched for Tesla sales in Sweden. The Model 3 was the tenth best selling model there in July, with 453 cars, which will make 2019 be a record. Since 2016, Tesla sells around 1,200 units every year in the country. Annual sales there are around 350,000 cars.

Anyway, Folksam claims the number of accidents was not enough for it to determine the damages people suffer in a Tesla accident. What the company did not tell NyTeknik was that 469 other models also did not have enough accidents registered.

The solution for these ones was an analysis of Euro NCAP data to determine how safe they are. Both the Model S and the Model 3 have Euro NCAP tests. Why don’t they appear on Folksam’s list even with that?

Volvo has a goal of zero deaths with its cars by 2020. And it says the least damaging kind of accident is the one that never happens, hence the investment in active safety features. Tesla is known for having one of the best ones in the market: Autopilot.

Folksam tried to compensate for the surprising result by recommending Tesla cars sales in their list of best new cars to buy. The problem is that it does not change the fact that they should be in the other list. Either due to having no accidents or going so well on Euro NCAP.

If that is any consolation for the company’s fans, the results were also surprising for Folksam. The safest vehicle for sale in Sweden, according to the damages people suffered, is the Toyota RAV4. It beat even the safety-focused Volvo cars in their backyard. Will that prevent it from revising their research standards? We strongly doubt it.

Why Have These MIC Tesla Model 3 Units Come With HW 2.5?

Is This Tesla Model 3 Towing Video Right Or Wrong?

Tesla Model 3 Window Shatters By Itself? Owner Is Accused Of FUD

Check The Ways In Which Tesla Is Cost-Cutting. But Why?
++5