At least in Shanghai. Just dare to park without charging…

There are very creative ways to tell someone they have been complete jerks when parking their cars. Harmless and clever ways may help those bad parkers to think about their attitude, but not necessarily change their behavior. Then there are people that just damage these people’s cars. What may lead them to do otherwise next time, but is as wrong as the attitude that motivated it. What if the wrongdoing can be reverted?

This is what has happened in Shanghai last July 25 according to Jay in Shanghai. Check his tweet below:

This all happened at a Tesla Supercharger spot, probably in a shopping mall in Shanghai. A Model S owner decided to park his or her car without charging it. Some may ask what is wrong with that, but that would only show they are not very familiar with what is the main purpose for that spot: charging at a Supercharger station.

Anyone taking that spot is preventing someone that needs it from charging their cars. And that is not cool, for sure. 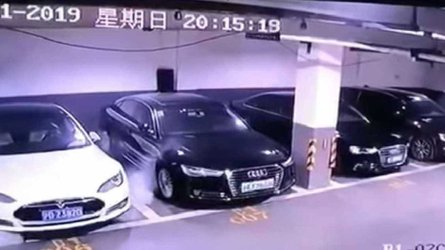 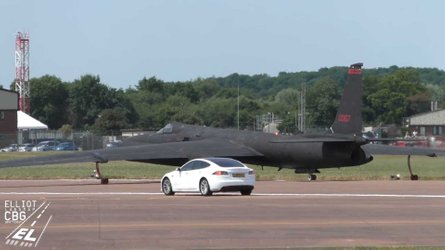 Instead of leaving a rude note or of keying the Model S, the driver that did not like what the car owner did found the time to dismantle the sedan’s front fender. At least this is what it looks like in this picture, with the frunk lid up and the front fender resting on the ground.

Could it have been ripped off from the Model S? It could, but why open the frunk? If it was intended to be aggressive, why not break windows or headlights? Why not throw the front fender away from the Tesla?

We really believe it was just disassembled, which may make it be seen as just a prank since it apparently did not cause the car any damage. It will just make the owner waste a lot of time fixing it. Perhaps spend a few bucks hiring someone to fix it, in case the owner does not know how to do it. Certainly, spend a lot of time more than the expected getting the car ready to go. At least it was not on fire...

What do you think about this? Was it a creative way to get the Model S owner to be more considerate? Or is it plain vandalism and nothing else? Let us know your opinion. And, If you live in China and know more about exactly what happened there, tell us more about it.

Source: Jay in Shanghai via Elektrek

Gallery: Park In Charging Spot And Get A Free Dismantling Job For Your Model S