There are some things that just seem not to be able to be replaced. Take the Lockheed U-2, also known as the “Dragon Lady”. First presented in 1955, it is used until today as an “ultra-high altitude reconnaissance aircraft”. A spy plane, in simpler words. Its chase cars, on the other hand, have been substituted by faster and more efficient machines. From Camaro and Corvette units to a Tesla Model S.

If you are not familiar with this airplane or with aviation in general, you at least must have watched “Bridge of Spies”. The U-2 is one of the main characters of that movie besides Francis Gary Powers, Rudolph Abel, and James B. Donovan. It is the plane that gets shot down. 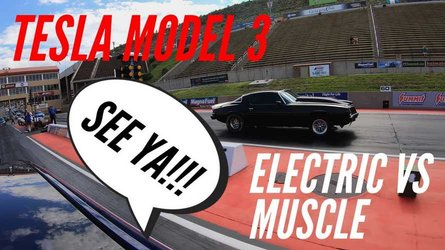 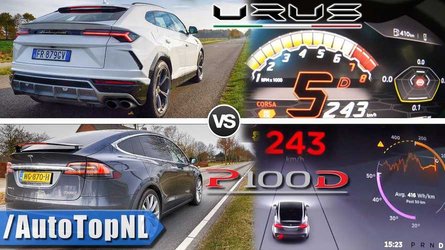 Still, you may ask why does a plane need a chase car in the first place. Most of them do not, but the U-2 requires someone on the ground to follow it in take-off and landing due to its technical characteristics.

Designed to be as light as possible, it originally had no landing gear. When plans to make it take-off from a moving platform failed, it received a “bicycle configuration”, with a set of wheels right behind the cockpit and a smaller one behind the engine.

For take-off, it uses auxiliary wheels called “pogos” that are dropped as soon as the airplane leaves the floor. You can see that clearly in the video above.

You probably have already figured out why the chase cars are needed. In case you didn’t, they help the pilot keep the balance in its winged bicycle. The driver follows the U-2 from as close as possible giving info for the pilot.

If they are necessary at take-off, they are even more at landing. With large wings, it is very difficult for the U-2 to land. So it has literally to drop from the sky. The problem is that it is light and fragile.

If it falls from more than two feet (61 cm), its landing gear may break. When it reaches that “altitude”, the chase car warns the pilot and allows for a safer landing.

The flight above happened at RAF Fairford, in Gloucestershire, England. And seeing the Tesla Model S there instead of a muscle car is emblematic. Sign of the times.

5 Photos
By: Gustavo Henrique Ruffo
++
Got a tip for us? Email: tips@insideevs.com