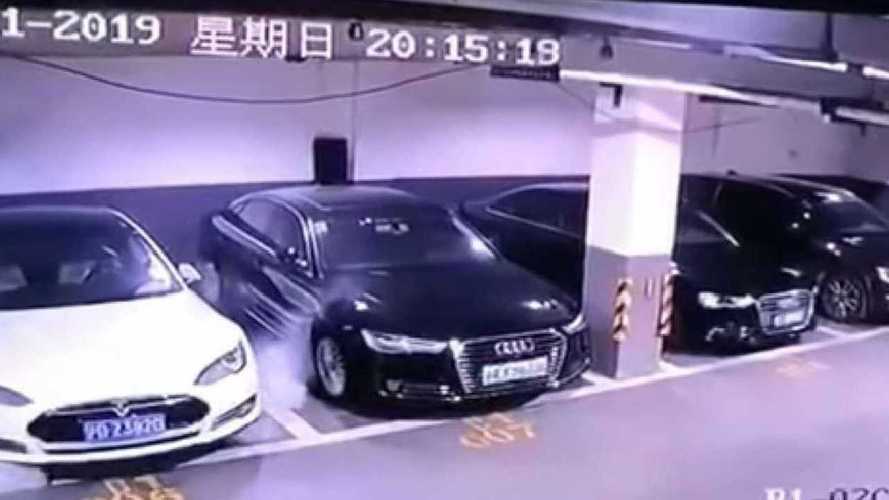 On July 20, we informed you about a Tesla update that made the Model S and X recharge slower or even lose some miles in range. The company claimed it was a safety measure, which sounded really suspicious in light of a Shanghai fire that happened in April. We are still waiting for Tesla to clarify it the update and the fire are related in any way. To no avail. A customer also demanded answers. On behalf of all the affected owners. In court.

David Rasmussen, who we mentioned in our previous article, had a detailed graphic on his car’s battery pack degradation over time. And his graphic showed a steep decrease right after the “safety update”. Apparently, he ran out of patience with the company and decided it will have to explain the issue to the authorities in a lawsuit he filed this last Wednesday (August 7).

Tesla V10 Software Update: Everything You Need To Know

Rasmussen also asks that the lawsuit has class action status, which would allow him to represent the whole group of affected owners. In other words, every Tesla Model S or X owner who is not happy with the changes that came with the update.

“Under the guise of ‘safety’ and increasing the ‘longevity’ of the batteries of the Class Vehicles, Tesla fraudulently manipulated its software with the intent to avoid its duties and legal obligations to customers to fix, repair, or replace the batteries of the Class Vehicles, all of which Tesla knew were defective, yet failed to inform its customers of the defects,” the lawsuit states, according to Reuters.

The discussions against the problem are very active at the Tesla Motors Club Forum. There is even a tread that reads “Who wants in on a class action lawsuit? ;-)”.

When you check the posts, you see affected owners are feeling betrayed. Some say the charging speed drop and decreasing range are not battery degradation but manipulation. Some say Tesla has no right to enter their garages and replace a 40-gallon tank for a 20-gallon tank.

If you remember, this is almost literally what happened to Cato Standal in Norway, who had his battery pack replaced for a smaller one.

The lawsuit expresses that by saying the company “chose to go behind the backs of its customers and use software updates and throttling of the battery to avoid liability.”

With an 8 year warranty on the battery pack, some of the first units, delivered on June 2012, will soon not be covered by it anymore. In less than a year from now.

Would Tesla have avoided this lawsuit with a more transparent communication strategy? Would owners still sue the company if it said it discovered the previous battery packs had issues? How many people are affected by the problem? These are questions Tesla will have to answer. Willingly or not.