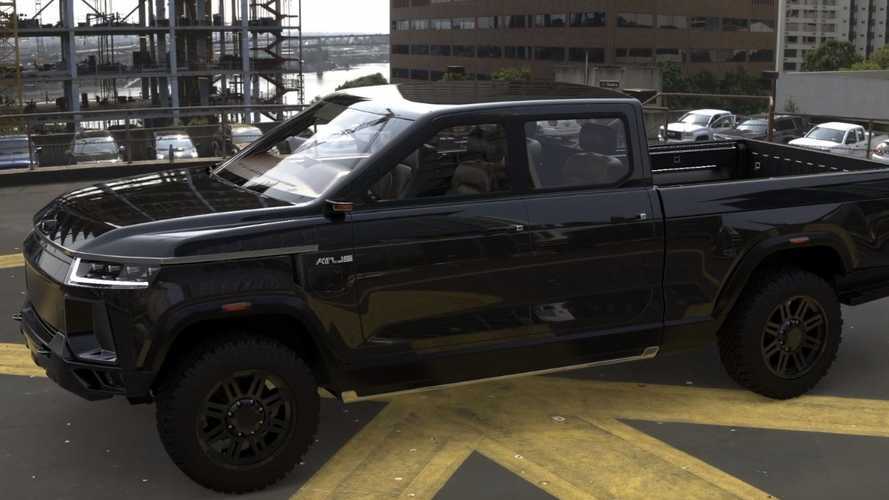 Electric pickup trucks are a super hot segment these days with the Tesla Truck, Rivian R1T, Atlis XT pickup and Ford F-150 leading the charge. Let's check out some news highlights this past week in the world of electric trucks.

It was a rather busy week in the world of electric trucks. There was new, fresh video of the mighty Atlis XT, some more revealing footage of the Rivian R1T tank turn, a wild Tesla truck render and even dispute surrounding the million-pound pull made by the electric Ford F-150.

You have already seen many renderings of the future Tesla pickup truck, but none like this one. Not because it is something official – what we would love to have and to show you – but because of the author. Have you ever heard of Alex Jaeger? Well, you should!

The man is simply a senior visual effects art director and concept designer for Industrial Light and Magic. In other words, he has created designs for movies such as Star Wars II, MIB and a long list you can check for yourself on IMDB. And he is also a fan of cars. Tesla vehicles in special.

With due presentations made, it is time to check what Jaeger thinks the future Tesla pickup truck should be. And it fits the descriptions of something we would have seen in Blade Runner, as well as the second official rendering.

It appears that Rivian has trademarked the term "Tank Steer" which makes an appearance in this video. It has also trademarked the similar term "Tank Turn." This is further evidence that turning on a dime will be a feature at least some Rivian vehicles will have.

Towing on the road is very, very different from moving on rails.

The devil is in the details, right? This is what you will be telling yourself if you thought the electric Ford F-150 prototype can tow 1.25 million lb in real-life conditions. In other words, on the road instead of on a railroad, as Jason Fenske, from the Engineering Explained YouTube channel, helped explain.

What you have seen in Ford’s video only applies to the same conditions in which the pickup truck was. Or else, a perfectly plain terrain with rails on it. And that is due basically to rolling resistance and terrain incline.

Atlis Motor Vehicle company is a new-ish name on the scene, but its quite likely to become a more major player in the future.

Are Electric Pickup Trucks The Future Or A Gimmick? (Video)