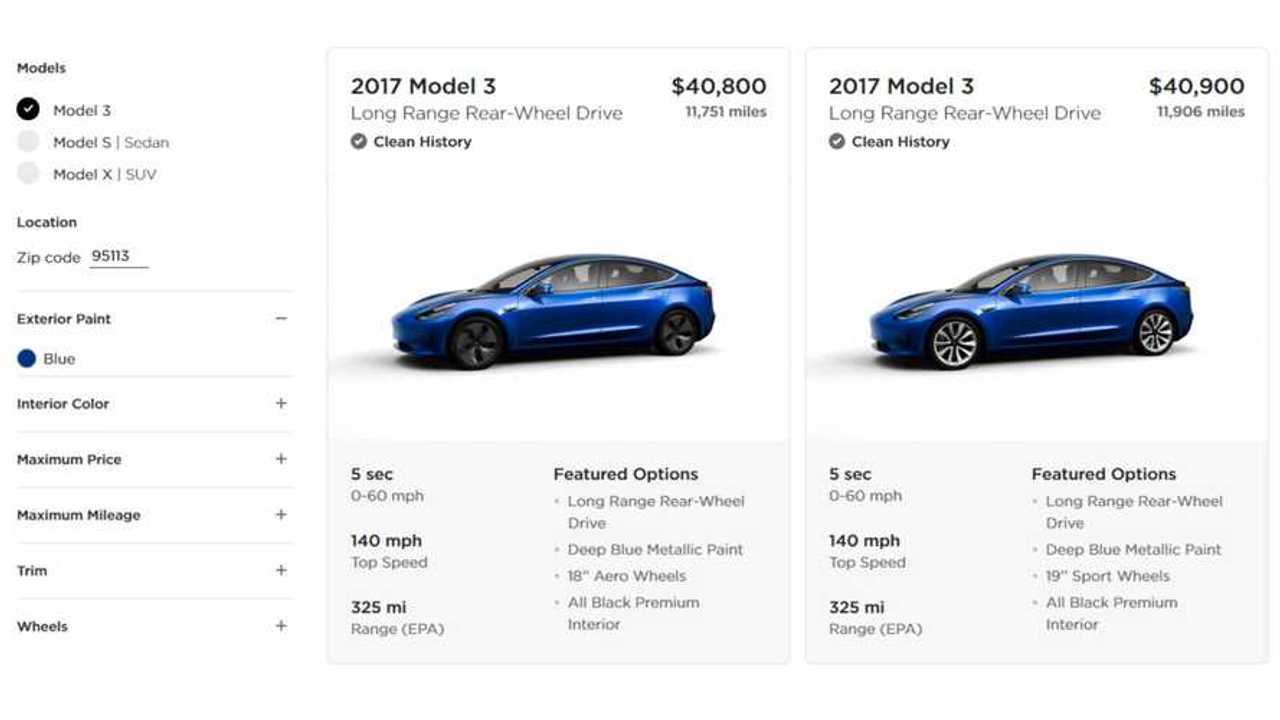 It's just the beginning. Taking into consideration the volume of new sales, soon there should be plenty of offers.

Tesla Model 3 recently appeared for the very first time in Tesla's online used car sales site, although the availability in the U.S. is initially limited.

Tesla is selling the used Model 3 with a warranty similar to Model S/Model X:

Those interested in a used Tesla need to consider whether it's worth to go with the particular car compared to both - new (even lower-trim version) or used sold directly by owners.

The other thing is that it seems that Tesla is selling customers cars, not waiting on the potential availability of the full-self driving feature. Earlier Tesla decided to lease Model 3, but without an option to purchase at lease end, expecting that in a few years the cars maybe will get a 2nd life as robo taxis.