The Tesla Gigafactory 3 in Shanghai could be ready to produce the first Tesla Model 3 as early as September, according to Chinese media, who talked with construction workers and experts. That's up to several months ahead of the announced date "by the end of 2019".

Typically, such plants are built in around 17 months, but Tesla ordered construction 24/7, which makes it possible to cut the time in half. Currently, there are two main buildings under construction, which takes one-third of the entire plot.

Despite the rapid pace, it's expected that there will be no mass-production this year. September could start with trial production. 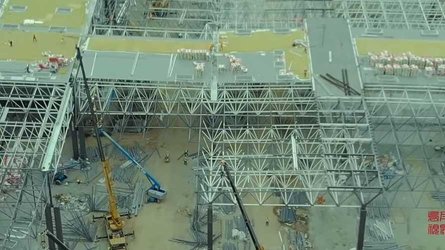 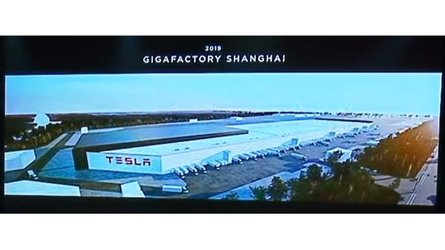 According to the Feng Shiming, executive director of Menutor Consulting Shanghai, who was referring to a reliable source at a Tesla supplier, Tesla will not start formal mass production this year:

"The factory's construction pace is too fast, which is set to leave some problems such as insufficient equipment testing and staff training,"

"The target might be realized at the start of next year, and two or three months after that, its Model 3 can be put into the market on a large scale,"

"Tesla is still seeking appropriate battery suppliers, and that's a lengthy process because the battery is a core part of an electric vehicle, Feng said.

"Tesla is prepared for not realizing mass production within this year," he added. "Trial production in September is likely.""