Journalists have been calling cars “computers on wheels” for at least a decade, but there’s a problem with that metaphor: these days, even the simplest of computers can update their software remotely, with little or no user input required. Other than the ones made by a certain California company, cars don’t do that. Today’s most “advanced” non-Tesla vehicles can do little more than update their software to fix problems, and even that usually requires a trip to the dealership. 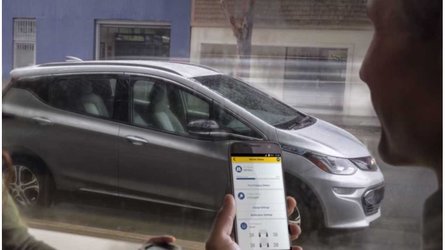 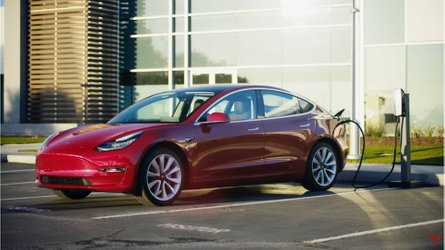 Above: Tesla's Model 3 has advanced tech not yet found in a multitude of cars from legacy automakers yet (Image: Tesla)

As Mike Colias, writing in the Wall Street Journal, reminds us, Tesla pioneered over-the-air updates, which allow it to transmit not only bug fixes, but complex new features to its vehicles, in a process that consumers are familiar with from their computers and smart phones.

Now GM, Ford, Toyota and other legacy automakers are playing catch-up. The WSJ reports that GM plans to introduce its first fully updatable vehicle this year, and Ford will offer over-the-air updates on a new electric SUV next year. Auto supplier Harman International is working with “at least 10 major automakers to develop wireless update technology. Research firm IHS Markit forecasts global sales of updatable vehicles will grow from 500,000 in 2018 to 35 million by 2025.

It may seem incomprehensible that the auto companies, with their vast resources, are struggling to implement something that’s considered a simple feature in the tech industries. But the wheels of Detroit grind slowly, and the WSJ predicts that “it will take years for car companies to broadly offer the capability, partly because remotely updating major functions on a vehicle is a radical shift for the industry.”

Some in the industry sound downright frightened of the not-so-new technology. “We could end up in a bad place if the industry remotely puts out technology that users don’t understand, figuring they can fix any problems later,” said Navigant Research Analyst Sam Abuelsamid. “That might work for a photo-sharing app, but not for cars.”

“We’re not going to do this without highly thought-out cybersecurity measures, which I’m not sure gets enough attention,” said GM President Mark Reuss.

Above: A look at the simple process of getting an over-the-air update in the Tesla Model 3 (Youtube: Kyle Field)

Somehow, Tesla has been doing wireless updates since 2012, without any world-threatening problems. But then, Tesla’s Silicon Valley mojo gave it an enormous head start in the connected car competition, as co-founder Ian Wright explained to me in a 2014 interview for my history of Tesla. Whereas legacy vehicles are “a dog’s breakfast” of unconnected and incompatible hardware and software, Teslas are run by a central, logically designed system. “That’s the sort of thing that Tesla gets right in their sleep, and the big guys really struggle with,” said Ian Wright in 2014.

One of the things Tesla owners tend to rave about is that over time, their vehicles keep getting better and better. “To get not just bug fixes but new features every few months is like getting a new car,” Model S owner Alexander Chemerys told the WSJ.

Tesla has used wireless updates to enable Creep Mode in response to owner requests, to raise ground clearance in order to improve safety at highway speeds, and to temporarily extend range for drivers fleeing natural disasters. In 2018, when Consumer Reports reported that it had found Model 3’s stopping distance to be unacceptably long, Elon Musk immediately promised to look into the matter. Within days, an over-the-air firmware update improved the car’s braking performance. And of course, the famous Ludicrous Mode was also remotely added to existing vehicles.

Wireless updates, currently a valuable differentiator for Tesla, could be a boon to legacy brands too, saving on repair costs and improving the rate at which recalled vehicles get fixed. Advisory firm ABI Research said in a report last year that software issues cost carmakers $17 billion a year. Just one example: in 2018, GM recalled over a million trucks and SUVs to fix a bug that caused a steering defect. Owners had to bring their cars to dealerships, and GM had to pay the bills - a cost that analysts say might have been avoided with a simple over-the-air update.

Above: A look inside the interior of a Tesla Model S with its large iPad-like screen capable of software updates (Image: InsideEVs)

The majors may be moving slowly, but they see the potential of wireless update technology. “We’ll use it to fix things that go wrong, for sure,” Ford President of Global Markets Jim Farley told the WSJ. “But you can also surprise and delight the customer with an experience that they didn’t expect, that you don’t charge for, and that builds loyalty to your brand.”