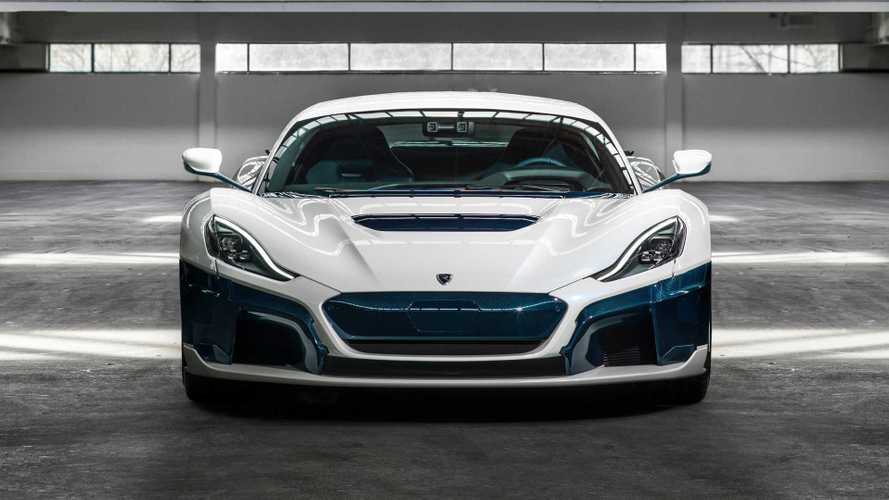 The war rages on. The struggle to squeeze increasing amounts of horsepower into high-performance automobiles continues unabated, even in the face of stricter environmental regulations. Nowhere is that perhaps more noticeable than at the Geneva Motor Show. The top eighteen machines share an astounding 17,000 ponies between them -- that's an average of 900 horsepower per -- and battery power reigns supreme with the top two both being fully electric.

More on electric supercars at the Geneva Motor Show

In case you haven't guessed it, the car with the highest hp is the Rimac C_Two. It silently boasts 1,914 hp and 1,696 pound-feet of torque. Originally debuting at last year's show, it returns this year with a completely new drivetrain configuration (all those details here) and a fresh paint palette, though the performance claims remain unchanged. The exterior bodywork, save for a tweak to the rear diffuser, also remains the same, as does the special place it holds in our hearts.

The car with the second-highest amount of horse force is the gorgeous Pininfarina Battista. Its hp figure is just 17 galloping hooves short of the number of the Croatian car. It's no wonder the figures are so close, though, considering the powertrain for this Italian creation is supplied by Rimac Automobili. You can see how it sits within the chassis in the image below.

We believe the trend of all-electric vehicles crushing the performance stats of gas-powered competitors will continue. Electric power is, after all, as indubitably the future of transportation as internal combustion is the past. That course was set when the Tesla Roadster first raised eyebrows with its impressive 3.9-second 0-to-60 mile-per-hour sprints a decade ago.

Not a complete stranger to Geneva, either. A special 2010 Tag Heuer edition graced the show floor back in 2010. The original Roadster inspired engineers, possibly even very young ones like Mate Rimac, the creator of the C_Two, to follow this battery-powered path. As far as we can tell, it's a road that extends to the horizon.