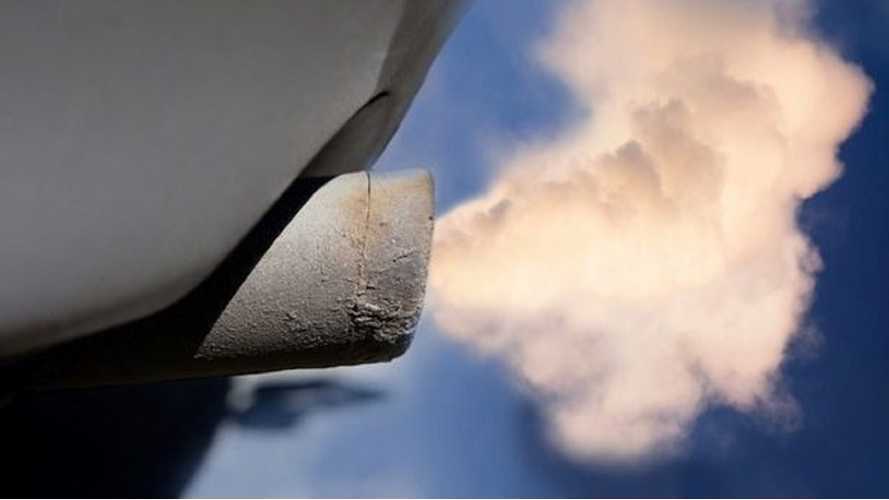 TRUCKS AND SUVS SPEWETH WHAT TESLA TAKETH AWAY (AND THEN SOME)

Electric vehicles are on a roll - as the Tesla Model 3 continues to set new sales records, legacy brands are announcing more new models, and one automaker actually envisions an eventual end to the production of internal combustion engines. Unfortunately, the main raison d’etre of EVs - reducing fossil fuel consumption - is an elusive goal that seems to be as far out of reach as ever.

*This article comes to us courtesy of EVANNEX (which also makes aftermarket Tesla accessories). Authored by Charles. The opinions expressed in these articles are not necessarily our own at InsideEVs.

Above: Increased tailpipe emissions from the increased popularity of trucks and SUVs isn't helping to clean up our air (Image: The Bulletin)

In the US, the federal government is working with the legacy automakers to dismantle previously agreed-upon fuel economy standards, as the oil industry invests large sums to bring lawmakers and the public around to the view that saving fuel is no longer a good idea.

However, it’s not politicians or petro-plutocrats who bear most of the blame for our ever-increasing oil consumption. As the witty Walt Kelly put it, we have met the enemy, and he is us. The main reason the gas pumps are cranking out as much of the stinky liquid as ever is auto buyers’ love affair with trucks and SUVs.

As David Booth writes in Driving, a media outlet focused on the Canadian auto market, “the increasing popularity of large trucks has more than wiped out any CO2 reduction credited to EVs.” In Canada, high-end pickups are making inroads in the luxury segment, believe it or not. Booth points out that, since Tesla introduced Model S in 2012, the company has sold a total of around 21,000 vehicles (including Model 3) in Canada. During that same time frame, Ford alone has sold an average of 135,000 F-150 pickups every year, and that represents a steady and dramatic increase in sales since 2012. The additional emissions from increasing truck sales has wiped out any greenhouse gas reduction from the EVs Tesla has sold many times over, Booth writes.

Outside the US, pickups are far less popular, but the love for SUVs seems to be universal. Chinese buyers have been flocking to SUVs for some time now, preferably large ones from luxury European brands. In Europe, once the land of high gas prices and small cars, gas-guzzlers are rapidly taking over. To take one example, in Switzerland, the market share of 4x4s grew from 25% in 2008 to over 48% in 2018. Switzerland is one of several countries in which the craving for crossovers has derailed efforts to meet previously agreed-upon emissions reduction goals - the average CO2emissions of new cars increased between 2016 and 2017, and no reversal of this trend is in sight.

Around the world, the amount of gasoline burned has been on the rise for years. As a recent article and chart in Forbes demonstrates, demand for gas has grown steadily since 2012, when US consumers burned some 8.7 million barrels per day, to set a new record of 9.3 million barrels per day in 2016. In 2017, demand growth was flat (it actually declined by a statistically insignificant 0.0006 percent compared to 2016, according to OilPrice.com). However, the US Energy Information Administration says demand resumed its rise in 2018, and predicts that consumption will increase to 9.4 million barrels per day in 2019.

Above: The electric vehicle threat to gasoline might currently be overstated - our gasoline demand has never been higher (Source: Forbes via EIA)

So, you’re right to feel virtuous as you charge up your Model 3 with energy generated by your Solar Roof. However, be aware that the gas you and your fellow Teslanauts are saving represents a tiny drop in a very large bucket.