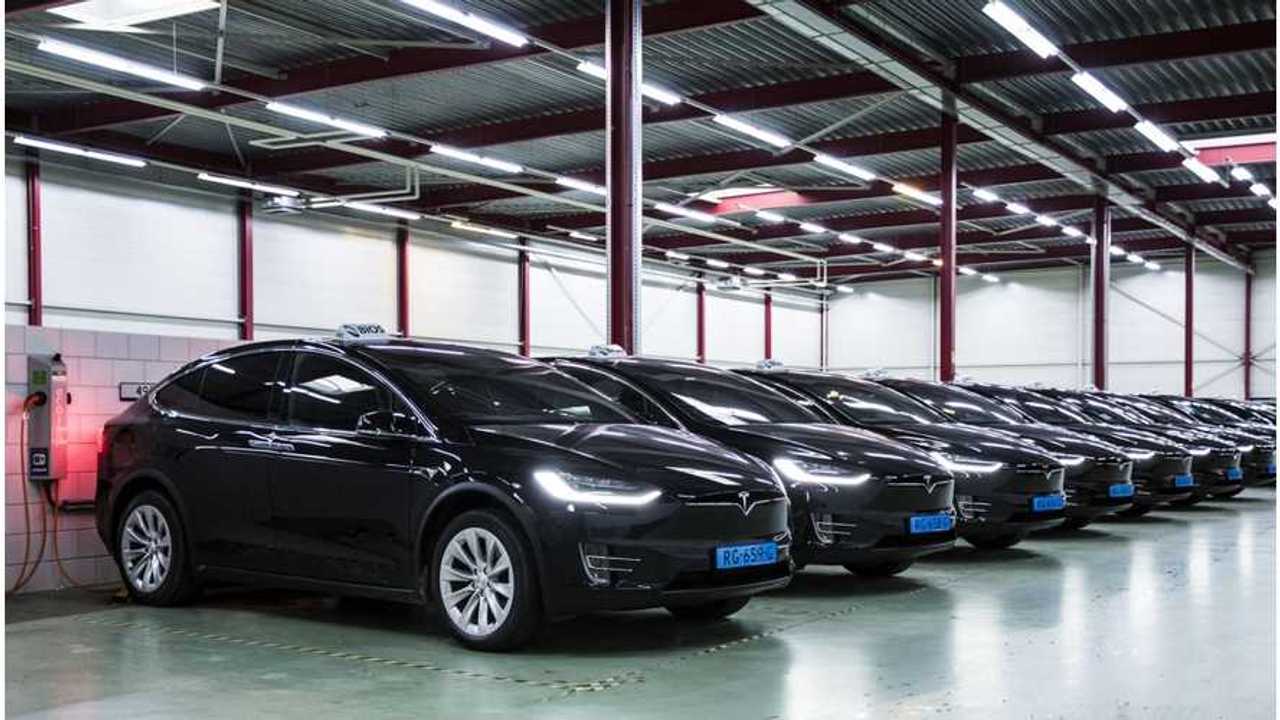 Tesla is leading the way by a long shot when it comes to taxi rides at Schiphol airport.

Schiphol airport, Amsterdam's international airport receives plenty of praise for its impressive number of taxi rides. In fact, the airport just announced hitting one million rides thus far this year. More interestingly, a crazy 70 percent of those rides were provided in a Tesla vehicle.

UberOne Will Add 50 Tesla Taxis In Dubai This Week

However, as we recently reported, BIOS-groep was working to transition its fleet to Model X crossovers. According to a recent press release, the taxi company's fleet lays official claim to 70 percent of the one million rides at the airport thus far in 2018 (via Electrek):

Today marked the one-millionth taxi ride to leave the Schiphol taxi stand in 2018. Of these journeys, around 70% were driven in a Tesla: electric and no emissions. As a celebration, we treated the passengers who went on the one-millionth ride, as well as all of the taxi drivers.

Moreover, as a token of customer appreciation, BIOS-groep paid for the one-millionth ride and gave the lucky riders a souvenir Tesla model. Reportedly, the company also gave the taxi drivers a much-deserved reward.

Have you had the opportunity to ride in a Tesla taxi? What are your thoughts on the future of transportation when it comes to ride-sharing services, a reduction in personal car ownership, and the overall scope of the potential situation?

Please engage with us in the comment section below, and thanks as always for your support and input!