Soon, electric cars in California will be able to benefit from a new HOV sticker that will allow driving in the state's carpool lanes with no carpool evidence in tow.

Yes, we all know California is pushing EV adoption hardcore. The state has forever been at the advent of supporting new technology and pushing electric vehicle adoption forth like none other. Now, it's upping its ante on electric vehicle adoption even further. Beginning after the new year, some electric car owners will able to acquire a brand-new PURPLE sticker, which will allow them to access CA's carpool (HOV) lanes even as a lone commuter. 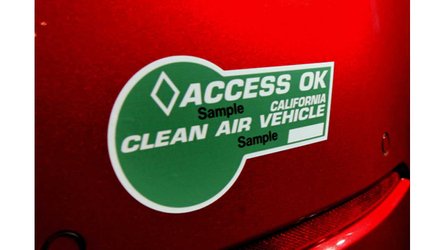 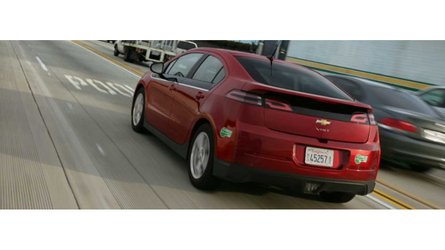 This new purple decal is set to go in effect on January 1, 2019 and remain valid until January 1, 2023. This actually gives commuters one extra year on top of previous legislation that allows current white, green, and red stickers to remain intact through January 1, 2022.

Not only are we happy that the U.S. state of California is establishing this newfound sticker, but we also hope it will invoke other states (preferably not only of the CARB variety) to issue similar incentives. We can only wish and cross our fingers that the status of EVs and the push for electric car adoption will leak to multiple states throughout the U.S. and beyond.

It's important to note that you can't attain this new and advantageous purple sticker unless you have a new plug-in vehicle and/or have never applied for and used a different color sticker for that car in the past.

If you live in California or have ever visited its major cities, you're more than likely well aware that traffic is a significant issue that's getting exponentially worse. This is a necessary step to push EV adoption and something that should be easy for other states to get on the bill. Whether or not other states can get it passed is the question.