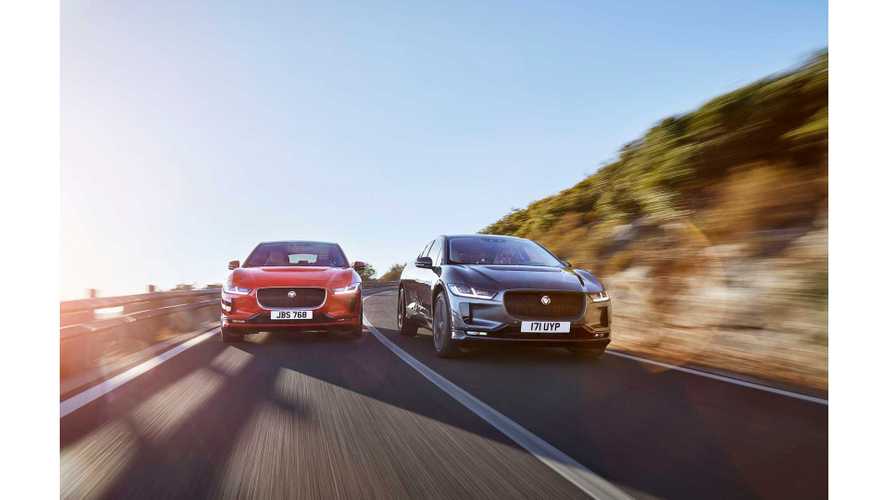 And, about that WLTP range figure...

How you drive a battery-powered car affects the range you can achieve. This truism has once again been put to the test by Autocar, who got ahold of a pair of Jaguar I-Pace crossovers with which to experiment. The setup? Drive the two identically-prepared vehicles between identical points A and B — from Feltham, Middlesex to Hinkley Point, the site of existing and future nuclear generating stations, as it happens — but with one being driven in Eco Mode and the other in Normal Mode, with the occasional meander into Dynamic Mode. With the distance to be covered well within the 292-mile WLTP-rated range, it should have been a piece of cake. Turns out, it wasn't.

To make a long story short, both vehicles managed to finish the 139-mile trip. The "Eco" I-Pace arrived with just 26 percent of a full charge left, with its display indicating it could cover an additional 56 miles. If that reading is accurate, it seems the all-electric crossover would have only managed 195 miles on a full charge, which is a long way from the obviously over-enthusiastic 292-mile WLTP rating and still significantly less the 240 miles the marque's U.S. website says it will achieve. This is not necessarily a knock against the automaker's estimate.

Typically, range calculations are made using a mix of different driving conditions at different speeds. In this situation, however , there was a lot of highway driving at speeds of up to 70 mph. Yes, it was in Eco mode, which would help by putting more energy back into the battery using the braking regeneration system, but since it was a mostly-highway type of drive, brakes weren't used very much.

The "Normal/Dynamic" I-Pace arrived with only 29 miles worth of range left being indicted by the display. This shows that the difference over the significant distance was relatively minimal —  only 27 miles — but given the state of the charging network in the UK at the moment, it makes sense to use Eco mode if long distances are being covered. "What about the charging network," you may be wondering?

Well, having made the trip and in need of a recharge for the return journey, the Autocar team had something of an adventure finding chargers that worked. And even when they did manage to find one, which they then had to share, the output was only 50 kW, or about half of the Jaguar's supposed top charging speed (we say "supposed" because it may not live up to that 100 kW billing just yet.)

Overall, though, it was an interesting test and if you're interested in the Jaguar I-Pace, it may be worth your time to read the entire tale, peppered as it is, with other observations of the car and the potential challenges of EV ownership in the UK. The I-Pace, with its handsome looks and high-performance capabilities, (not to mention off-road bona fides) remains a great EV choice. Like any vehicle, you just need to operate it within its limitations.