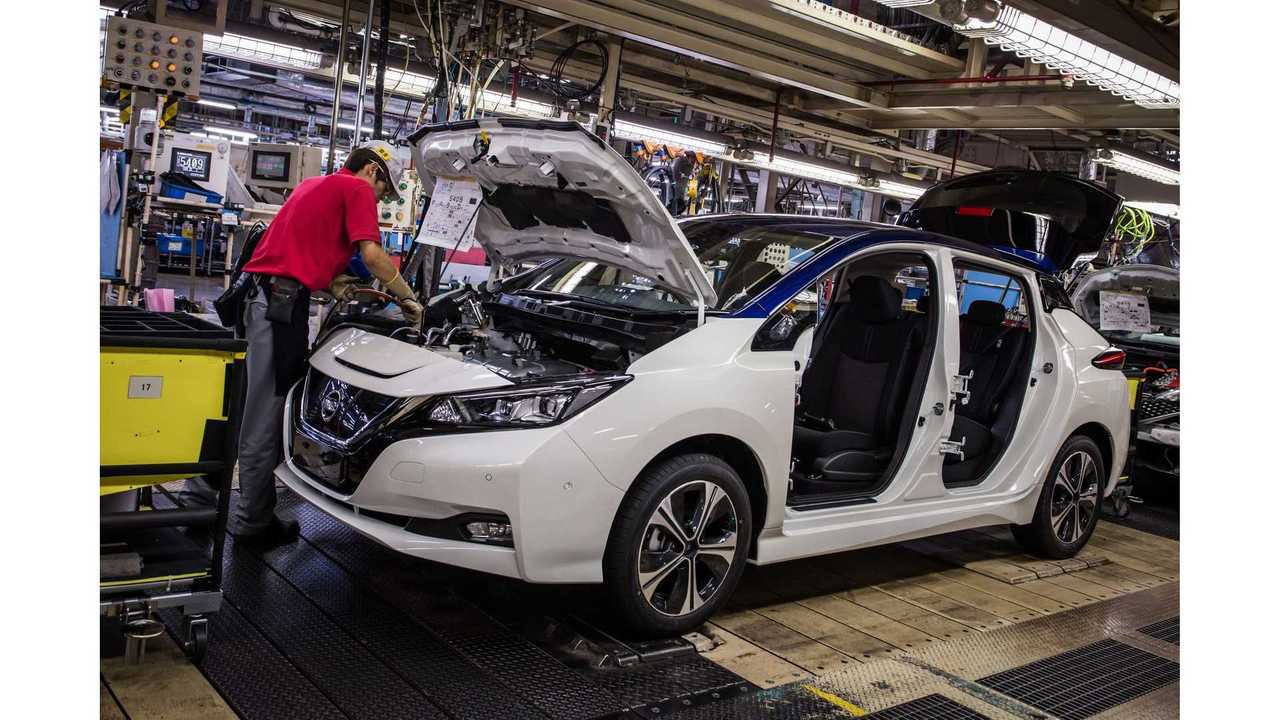 The new 2018 Nissan LEAF, as it predecessor, will be manufactured on three continents. Production in Oppama, Japan has already begun (see video above), as the first deliveries in the company's domestic market are scheduled to begin on October 2.

The two other sites are preparing to begin production now, be in full swing by December, and then start deliveries in January 2018.

According to various unconfirmed sources, the US plant's production is a little further ahead, and some deliveries may yet arrive in the US before year's end.

Nissan expects that the new LEAF will sell at least twice better than previous generation (or even triple). Which given the company is tracking to sell just over 50,000 copies of the older model this year (as it did in 2016), should translate to at least 100,000 sales in 2018 (and hopefully 150,000).

The 100,000 sales of 40 kWh packs found inside the new LEAFs places Nissan at 4 GWh worth of battery demand annually just for the LEAF.  (Nissan also plans on producing an all-electric SUV and sedan in the next two years, with the SUV reported to debut next month in Tokyo, Japan).

There is also the e-NV200 model to consider; that model didn't catch on the 30 kWh battery upgrade from a couple year's ago and still uses old 24 kWh, but we imagine it shouldn't be too long until Nissan announces it is moving to the new 40 kWh pack as well.

A 2018 Nissan LEAF rolls off the line in Japan

"We're proud to continue manufacturing the Nissan LEAF at three plants globally. The Nissan LEAF is the icon of Nissan Intelligent Mobility with its many advanced technologies. Nissan employees in Oppama, Smyrna and Sunderland are excited to continue producing the most popular electric vehicle in the world."

Lithium-ion batteries for the LEAF will continue to be produced in Smyrna, Sunderland and Zama, Japan - although not by Nissan directly anymore, as the company recently sold off that business to GSR capital.

And while we have no confirmation of this, we assume that Nissan has a contract in place with GSR to produce and supply the 40 kWh packs for this new LEAF, while the 60 kWh packs (to arrive in late 2018 inside the longer range/200+ mile 2019 MY LEAF) will be supplied by LG Chem (and possible also by GSR concurrently).