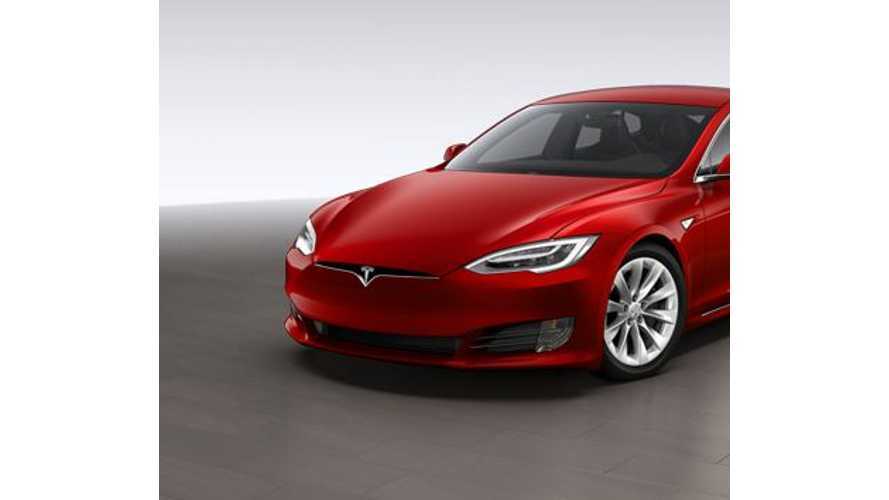 When Tesla unveiled the refreshed Model S, aside from the new looks, what really caught our attention was the significantly improved range figures for the freshened Model S 90D. But it wasn't until we accessed the EPA's secret vault of detailed ratings that we came across the real headline grabber...The refreshed Tesla Model S 90D goes 303.2 miles on the highway on a single charge, a remarkable achievement that's largely due to its aerodynamics.

The new 90D was listed by Tesla at 294 miles of range, versus the old 270-mile EPA rating (which was actually based on the 85 kWh car - the 90 kWh version was not originally re-tested/certified for greater range via increased battery capacity) and Tesla's previous 288-mile estimate.

Meanwhile, the P90D version of the refreshed Model S was listed at 270 miles, versus the old 253-mile EPA rating, which was consistent with Tesla's own earlier estimate.

Below is a look at the official EPA figures (with city/highway) for the 90D and P90D versions of the refreshed Model S.

As you can see in the graphic above, the refreshed Model S 90D now is rated to travel more than 300 miles on the highway on a single charge,

Here's a look at the figures for the refreshed and old versions of the 90D and P90D (note: 2016 P90D is still incorrectly rated at 253 miles of range in image below):