Is this the Taycan for you? It's all about priorities.

They say variety is the spice of life, and when it comes to the Porsche Taycan, we couldn't agree more. With the introduction of the Taycan Gran Turismo Sport, or "GTS", Porsche has managed to create another version of its extremely popular electric sedan that has its own unique place in the vehicle's lineup.

In addition to the new Taycan GTS, the Taycan family already included the Turbo S, the Turbo, the 4S, the base Taycan simply called "Taycan" as well as the different version of the Taycan wagon, called the Cross Turismo. And that's not all - soon we'll tell you all about the Taycan Sport Turismo, but alas, we cannot comment on our time spent with that version just yet.

Like the Taycan Turbo S, Turbo, and Cross Turismo, the Taycan GTS comes standard with Porsche's Performance Plus battery pack, which has a total capacity of 93.4 kWh and a usable capacity of 83.7 kWh. The GTS hasn't been formally EPA range certified yet, but we're expecting its EPA-rated range to be the highest of any Taycan to date.

That's because Porsche has made advances in vehicle efficiency that will eventually trickle across the entire Taycan line. However, the Taycan GTS will be the first vehicle to be range-certified employing such advances.

“All the standard and optional performance features have been massaged to make the car even more responsive and connected to the road than before. The standard braking system shares the same red six-piston front caliper and four-piston rear caliper as the 4S, but is equipped with larger 390 mm front rotors (vs 360 mm on the Taycan 4S). The rear rotor size is the same as the 4S, at 358 mm. Porsche Surface Coated Brakes, with tungsten carbide coating, and Porsche Ceramic Composite Brakes are also available. Even the Porsche Electric Sport Sound has been tuned to be deeper and louder for both bystanders and passengers alike.” - Porsche

Porsche tells us the Taycan GTS is the true enthusiast's Taycan, as it's optimized to offer the best high-performance driving dynamics at a mid-range price tag.

“The Taycan model range has grown steadily since its world premiere in 2019. Three body variants with up to five engine options offer something for everyone. I am particularly pleased that we now also have a Taycan with the legendary GTS moniker. It is positioned above the Taycan 4S and below the Taycan Turbo derivatives, so it represents a real sweet spot in the range.” - Kevin Giek, vice president Model Line Taycan

Taycan GTS model also uses the same air suspension with adaptive dampers as the Taycan Turbo, However, Porsche tells us that it's calibrated differently to increase responsiveness.

The side skirts feature GTS logos, and all badging on the rear end is in a matte black finish. The standard 20-inch wheels are the same design as the 20-inch Taycan Turbo S Aero wheels, but the GTS version features an exclusive satin-black finish. The Porsche logo on the rear light strip is shown in black.

Finally, the LED-Matrix-Design headlights (and yes, the US will finally get adaptive headlights now that the infrastructure bill has been signed into law) with PDLS Plus are tinted in black, and the exterior mirror cap-bottoms are painted in body color while the base is in black.

Our first drive experience was limited to about 25 miles - but it was a really good 25 miles. That's because we only experienced the Taycan GTS on a track, not on public roads. Porsche rented out Willow Springs Racetrack in Rosamond, California, and we each had the opportunity to take the Taycan GTS around the 2.5-mile track about ten times.

I haven't had any of the other Taycan variants on a track, but the GTS is designed to be the true enthusiasts Taycan, so It makes sense that Porsche arranged the media first drive to consist entirely of track time.

The GTS is just as at home hitting the apex at 100 mph as it is shuffling you to work Monday to Friday. It's a super-efficient daily driver, a monster canyon carver and an incredibly capable track-car all rolled into one. And it does all that with zero tailpipe emissions. Welcome to the new world of Porsche.

The Taycan GTS felt perfectly balanced and allowed us to dive deep into turns on the brakes with precise corner transitions followed by neck-snapping acceleration on the other side. It's definitely for the Taycan owner that wants to have some track fun on the weekends. If that's not your thing, then get yourself a Taycan 4S and save the $25K.

In our opinion, if you're not going to really take advantage of the GTS's exceptional abilities on a track, you might as well opt for a different Taycan. 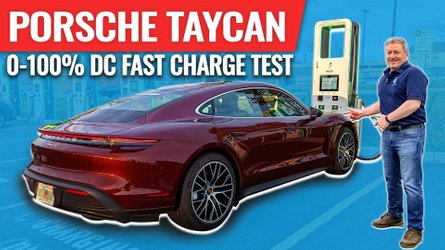 Watch The Porsche Taycan Fast Charge Like A Champ 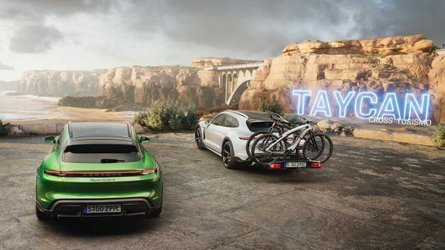 2022 Porsche Taycans Will Carry Over EPA Ratings, We Checked All

Is the GTS in the "sweet spot" of the Taycan lineup as we're heard Porsche describe it? Well, that depends on your priorities. EVERY Taycan drives magnificently, even the base rear-wheel-drive Taycan which we had on a week-long load a few weeks ago.

I actually prefer the driving experience of the Taycan Turbo Cross Turismo with rear-wheel steering (which is also an available option on the Taycan GTS), as I'm not a weekend-track kind of guy. But that's the whole point of Porsche's entire lineup. They make a wide variety of variants on all of their models to suit every specific customer's needs and wants.

No other brand allows the amount of customization that Porsche does and the Taycan lineup is no different. We think it's good to see that Porsche is treating the Taycan like any other car they sell. It's not getting special treatment or being limiting in any way because it's an electric car.

When I wrote the original Taycan first drive article over two years ago I said before I drove it I was concerned that the Taycan might not be a "real Porsche". Two years later, after driving every variant of the Taycan that Porsche has produced, I'm convinced that not only is the Taycan a real Porsche, but it's now the best Porsche made today. If you're in the market for a Taycan you have a lot of choices. You just need to select the version that best suits your budget, desires, and yes, priorities.