Watch The Porsche Taycan Fast Charge Like A Champ

Very few EVs hold such a high charging rate as deep into the pack as the Taycan does.

We had the opportunity to grab a 2021 Porsche Taycan RWD with the Performance Plus battery pack for the InsideEVs 70-mph range test recently, and since we had the battery drained all the way down to zero, we figured we might as well do another 0-100% DC fast charge recording.

We've done a DC fast charge deep-dive analysis on the Taycan before but it's always good to get more data and to see if the charging curves change over time. For instance, Ford recently sent an over-the-air update to Mach-E owners that improved the charging curve.

Previously, the Mach-E would reduce its charge rate to 10 kW - 11 kW once the battery reached 80% state of charge. That's much lower than the DC fast charge rate of other EVs at the 80% SOC point. With the new update, the Mach-E now charges much faster from 80% to 90% than it did before. After 90% it still drops to a very low charge rate, but so do most other EVs.

Within the first minute of plugging in, we were taking in 250 kW and the Taycan was adding kWh like a champ. In only ten minutes of charging, the Taycan was at 50% state of charge and at that point, the Electrify America charging station has dispensed 44 kWh. 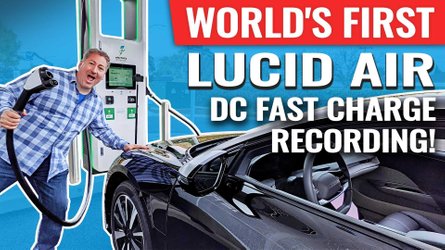 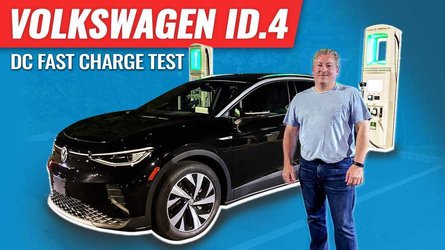 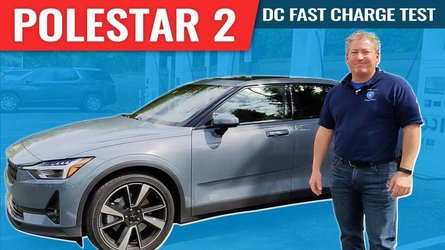 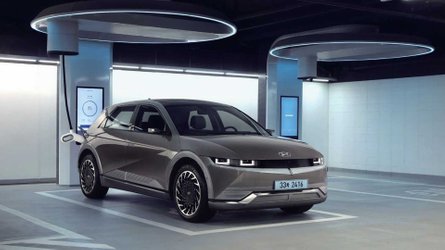 Since we had just completed our 70-mph highway range test and the Taycan went 297 miles at a constant 70-mph, that translates to adding about 150 miles of driving in only 10 minutes - that's just fantastic. The Taycan aced the ever-important 20% to 80% test in only 17 minutes.

As we've observed in the past, the Taycan pulls in more than 250 kW until it reaches 45% state of charge and begins a power drawdown. It charges at more than 200 kW until 57% SOC. Based on the results of our 70-mph range test, we added back 100 miles of range in seven minutes and

That Taycan reached 80% state of charge in only 21 minutes. That actually beats Porsche's claim that the Taycan can recharge from 5% to 80% in 22.5 minutes. We love it when the OEM underpromises and over-delivers, and Porsche is known for doing that in its performance and range figures.

We also talk about the cost of charging the Taycan in this session since the Electrify America station we used was in Pennsylvania. Electrify America charges by the minute in Pennslyvania, as opposed to by the kWh. EVs that can accept a lot of power like the Taycan can really take advantage of the by-the-minute pricing.

When the Taycan was 80% charged, the cost of the session was only $4.80 - that's an effective cost of about $0.075 per kWh, which is really inexpensive. However, if you wait around until the Taycan is 99% charged as we did, the economics aren't quite as friendly. It ended up costing $16.80 for the energy dispensed. That adds up to $0.20 per kWh, nearly three times as much.

That's because after we reach 80% state of charge, the charging rate slows down significantly and you get much less energy per minute. We always recommend unplugging at about 80% when you're using a DC fast charger because the charging slows down so much at that point it's not worth the wait. However, if you're charging at a location that bills by the minute, it also makes economic sense to unplug and move on.