Is The Audi E-Tron A Good Car But A Bad EV?

This is what the Electric Vehicle Man thinks. In NSFW terms.

When Audi released the E-Tron, it shocked us that it was so similar to any other Audi around. Its range also disappointed us, especially for a car with a 95 kWh battery pack. And these are the main topics of this brutally honest review presented by the Electric Vehicle Man YouTube channel. When watching, be careful with NSFW turds, or else, terms!

Apart from that care, this is probably one of the funniest and most entertaining reviews we have seen in a lot of time. 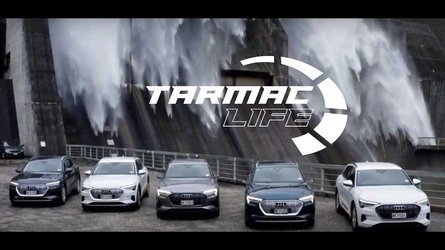 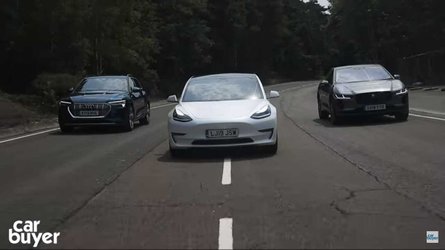 Andy Rogerson, the presenter, spares no words to present his views on the E-Tron, which would certainly get him into hot water with Audi’s PR department. Not for telling the truth – which is part of the game – but for doing so in an irreverent and – some will say – disrespectful way.

That would certainly create barriers if he had to be in constant touch with Audi's people. He doesn’t, so he simply doesn’t care.

While we see some people making fun of products or unjustly attacking them just to attract more viewers, Rogerson does not seem to be after that. Especially because he does not say anything that is not pertinent. He addresses the same stuff that bothered us about the car. And some more.

Rogerson gets annoyed by the finishing of the car in what relates to visual comfort and tidiness. He points out some situations in which Audi could have made a better job of designing it. You’ll see them all when you check the video.

You probably find yourself laughing about some of the conversations Rogerson has with his brother, Simon, but you’ll surely enjoy the questions both of them pose on the vehicle. Some of which you have probably already asked yourself, especially after watching the DrivingElectric video on this EV and the weird stunt Audi has performed with it.

Why would you buy a luxury EV car that looks exactly like any other ICE vehicle from the brand? Worse still, if you are after an EV, why choose the equivalent to a gas-guzzler of EVs, as Rogerson properly classifies the E-Tron?

The ones that already have bought it probably have their reasons for doing so. Mostly loyalty to the brand, for sure. But it is undeniable that Rogerson has a point with which lots of critics agree: the E-Tron is a good car, but a bad EV. What do you think about it? Share your thoughts on this with us below.

Gallery: Is The Audi E-Tron A Good Car But A Bad EV?