With local production, it might become one of the top-selling EV models.

Volkswagen reports that during the third quarter of 2022, its vehicle sales in the US improved 12% year-over-year to 88,820. That's an important turn after a few negative quarters, nonetheless, the year-to-date result at 232,099 is still in the red (down 20%).

The most important news for us is that the all-electric Volkswagen ID.4 is back in the game again. In Q3, the company delivered 6,657 units, which is 10% more than a year ago and a new record.

Electric car share out of Volkswagen's total volume improved to 7.5%, although a year ago it was 7.6%.

It seems that the German manufacturer finally unlocked an additional supply of the ID.4 in the US. Previously the import from Europe was significantly constrained, but now - combined with the local production in Chattanooga, Tennessee (started in August) - sales have rebounded.

Considering that Volkswagen intends to achieve 7,000 units per month at the Chattanooga plant, before the end of this year, it might become one of the best-selling models on the market. Ultimately, the US-made ID.4 most likely will be responsible for 100% of sales in the US.

Let's recall that the company had more than 40,000 reservations at the end of 2021, which means that at least in the short term, there shouldn't be any issues with a lack of demand. The only thing to do is to produce as many ID.4 as possible.

In Europe, the Volkswagen ID.4 also is expected to sell better and better, as it's now produced at two plants: in Zwicaku (Germany), and also in Emden (Germany). With two more plants in China: in Anting and Foshan (online since 2020), the model is produced at five plants on three continents. 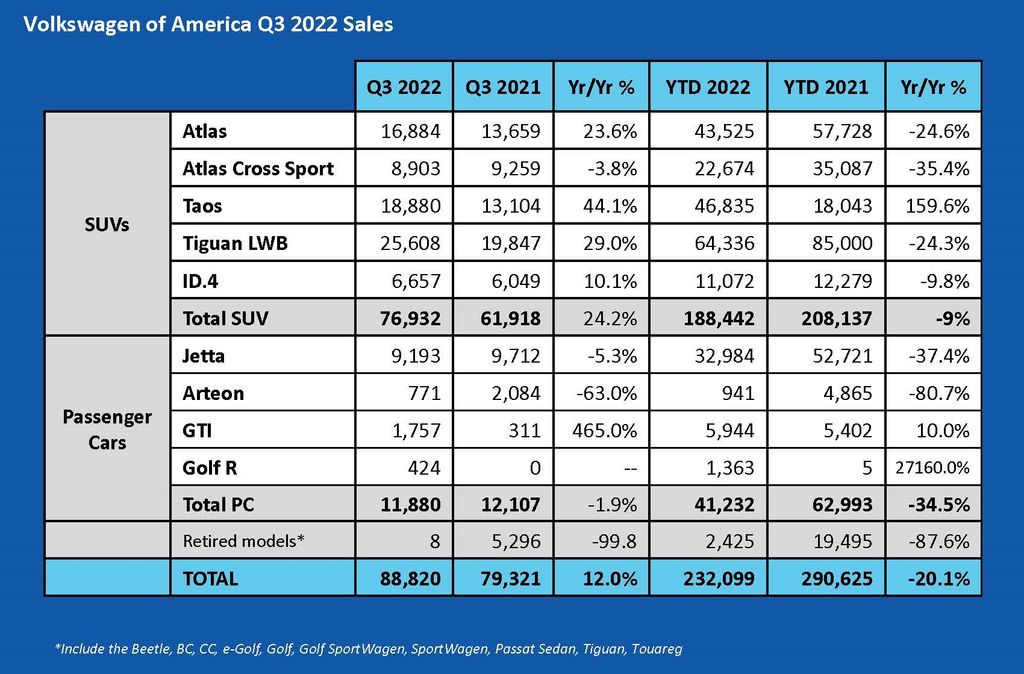 US: In Q3 General Motors Sold More Plug-Ins Than Ever
US: Ford BEV Sales Tripled In September 2022
By: Mark Kane
++
++
Got a tip for us? Email: tips@insideevs.com