However, overheating hampered the drivetrain and charging power.

The BMW i4 M50 has been once again tested in Bjørn Nyland's 1,000 km challenge, but this time in summer weather conditions, revealing some overheating issues.

In the summer, results were expected to be better (especially after the range test) and the M50 does not disappoint. However, the results are not as good as in the case of the BMW i4 eDrive40 version (9 hours and 20 minutes).

It's 30 minutes faster than in the winter and 20 minutes slower than the rear-wheel drive eDrive40 version, which is more energy efficient (and tested at 18°C).

During the challenge, the car was charged a total of four times along the way (5-6 is a typical number of stops for the challenge). After the initial 360 km (224 miles), the average distance between charging stops was 160 km (99 miles).

In terms of energy consumption, according to the video, the average consumption amounted to 229 Wh/km (368 Wh/mile). It appears to be the main reason why the M50 requires more time to complete the challenge than the slightly more efficient (by roughly 9%) eDrive40 version.

Bjørn Nyland reported hampered power output and acceleration after the first charging stop. About 21 minutes later, the power recovered. Nonetheless, it was kind of disappointing, considering that the M50 is a performance version of the car.

As we can see at the second charging stop, the power output was significantly lower than normal (below 150 kW, instead of around 200 kW).

There is a theory that the main reason behind this is an insufficient cooling system, shared between the battery and the cabin. To minimize the issue, Bjørn Nyland tried to turn off the air conditioning when fast charging and simply opened the windows.

Limiting the use of the A/C in the cabin appears to help a bit, but the acceleration might be temporarily cut in half or more (peak output) even then.

In other words, it seems that BMW has some homework to do for further generations of its electric cars - at least if the company does not want to compromise the performance during extensive use. 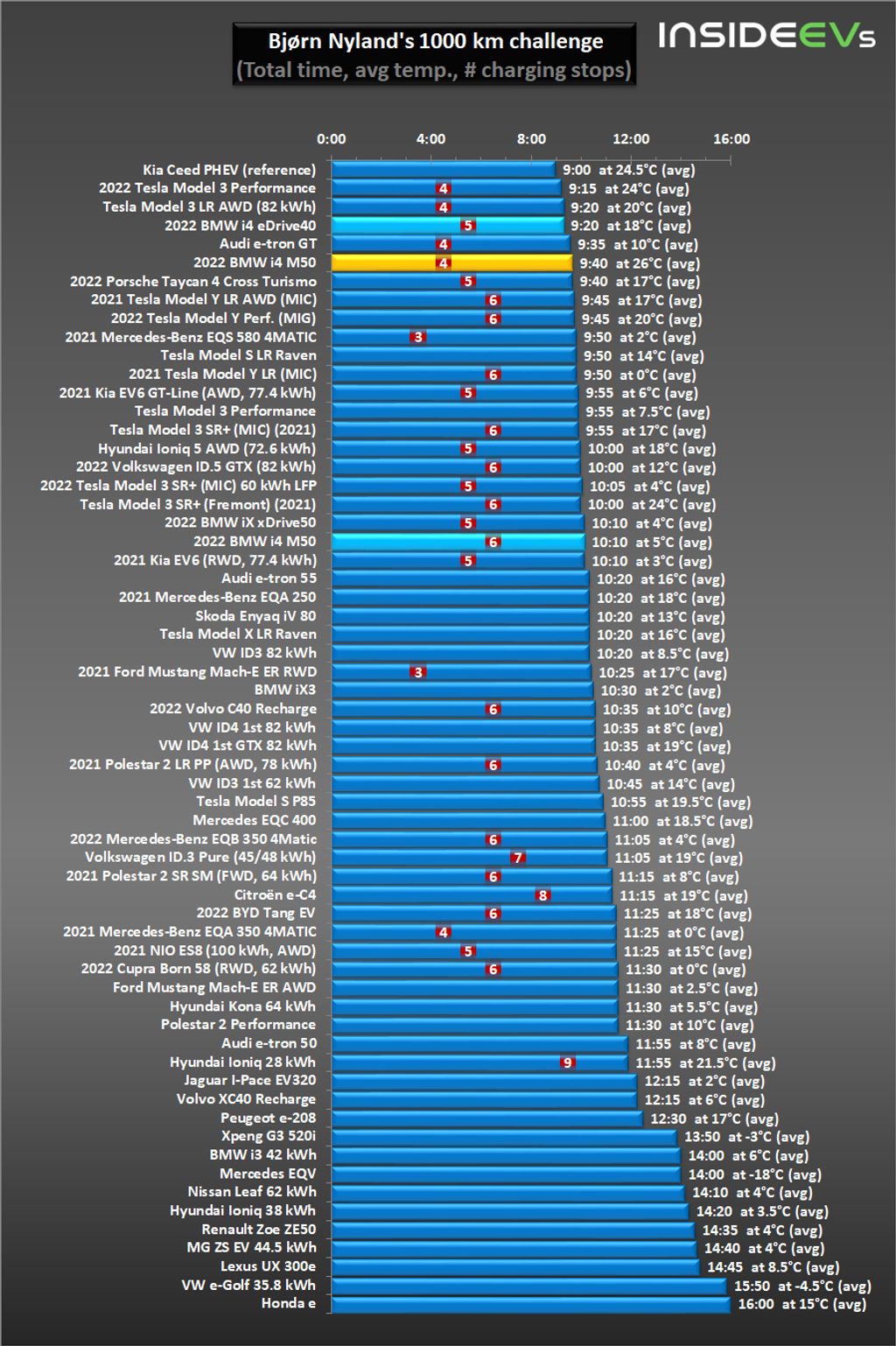