It required 11 and a half hours to complete the test.

After the range test and initial charging results, we knew that it would not be the king of the highways, but the result might be acceptable for a large 7-seat SUV available at a reasonable price.

According to the video, the BYD Tang (version equipped with an 86.4 kWh battery and a dual-motor all-wheel-drive powertrain), completed the distance of 1,000 km (over 621 miles), at an average temperature of 18°C, in 11 hours and 25 minutes (after some time deductions).

During the challenge, the car was charged a total of six times along the way (5-6 is a typical number of stops for the challenge). After the initial 258 km (160 miles), the average distance between charging stops was 124 km (77 miles).

One of the main issues for the BYD Tang is high energy consumption. According to the video, the average consumption amounted to 327 Wh/km (526 Wh/mile).

Because of that, the range is affected and the car has to stop for charging more often. Here comes the second issue. Bjørn Nyland discovered that the first few minutes of the fast charging session run at a very low power level (5-10 kW), which in the case of six charging stops is worth roughly 25 minutes. This time is wasted because the amount of energy replenished at such a low level is marginal - but as we understand, the car's battery requires it before accepting a higher power.

It will be interesting to see whether in future generations/updates if BYD will eliminate the initial slow part. The 86.4 kWh battery is actually a higher voltage one as it exceeds 700 V. 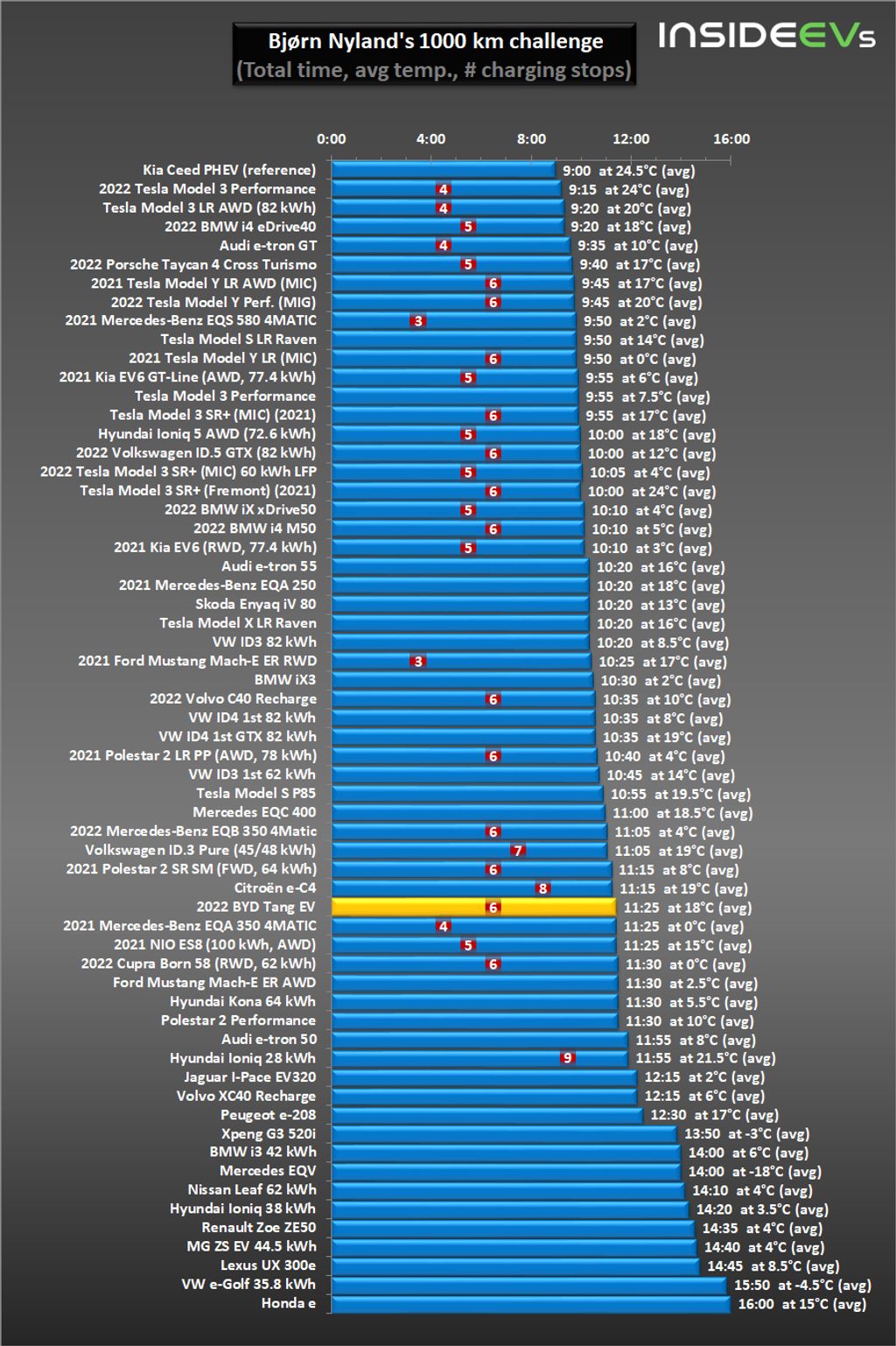