It's the fastest MEB-based model for long-distance travel tested so far.

The test was actually completed with two ID.5 GTX, because, similar to the range test, the challenge had to be repeated due to the faulty battery in the first car.

According to the video, the Volkswagen ID.5 GTX completed the distance of 1,000 km (over 621 miles), at an average temperature of 12°C, in 10 hours and 0 minutes (after some time deductions), which is a pretty good result - the best out of all MEB-based models so far, as well as on par with the Hyundai Ioniq 5 (a 72.6 kWh battery version). The difference from the top Tesla Model Y is just 15 minutes.

During the challenge, the car was charged a total of six times along the way, (5-6 is a typical number of stops for the challenge) which means that after the initial 255 km (158 miles), the average distance between charging stops was 124 km (77 miles). The high number of stops is related to the optimization of fast charging.

Another important thing for maximization of charging power is to not use the HVAC during charging as "it will mess up the compressor" and less cooling will be provided for the battery (which decreases charging power). We guess that the car might simply prioritize the cabin and it was noted also in some other models.

The 1,000 km challenge is a unique test, which expands our empirical knowledge about EVs and gives us glimpses of what is physically possible by an experienced driver in a country with dense DC fast charging infrastructure.

According to the car's computer, the average energy consumption was 252 Wh/km (405 Wh/mile). 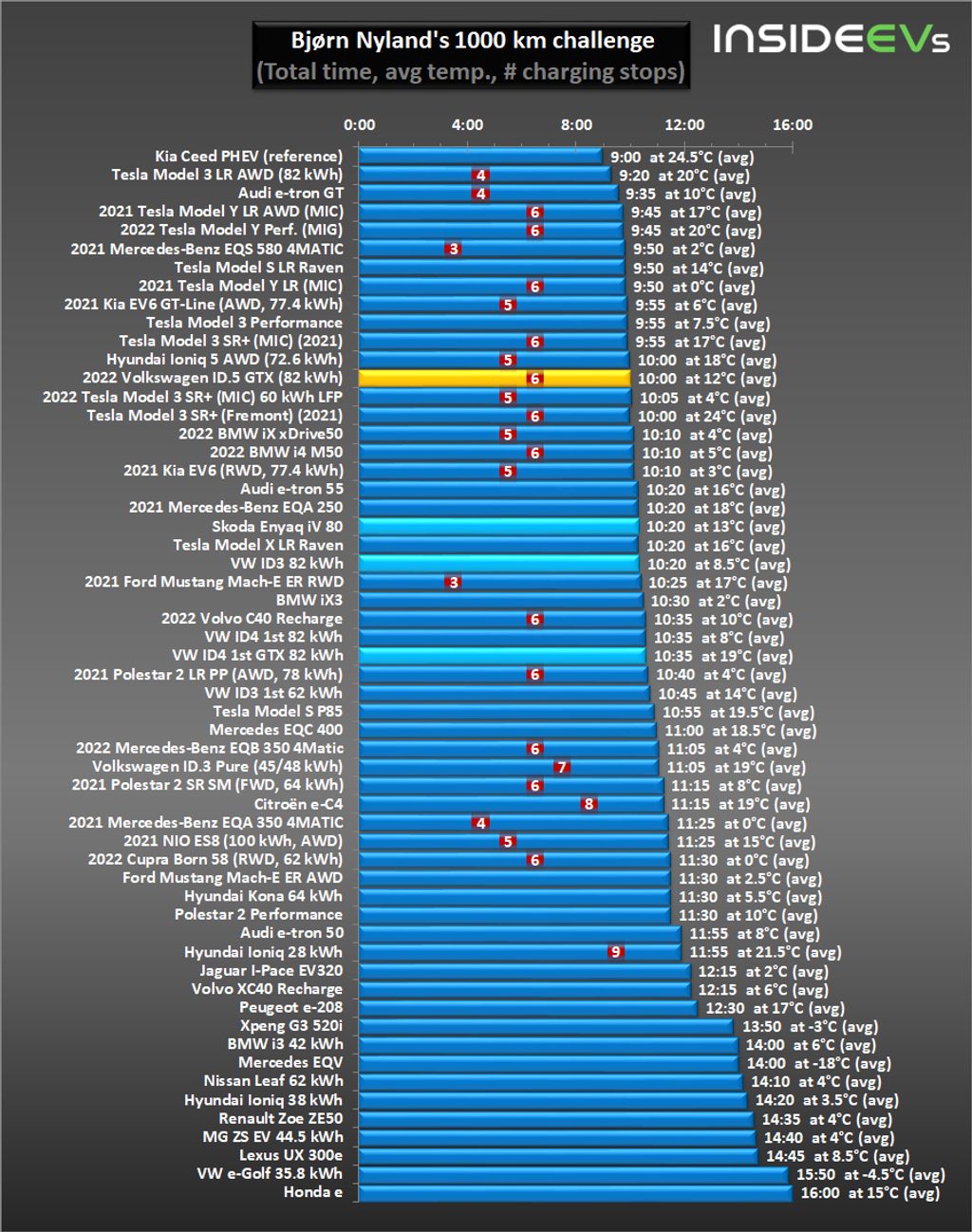 GM Launches Plug And Charge Feature For Its Existing And Future EVs
CharIN Officially Launches The Megawatt Charging System (MCS)
By: Mark Kane
++
++
Got a tip for us? Email: tips@insideevs.com