Tesla just released its Q4 2021 earnings report and the numbers are impressive. Tesla again turned a profit, which makes that ten quarters in a row in which Tesla has reported a profit. And once again, Tesla beat expectations.

The main financial details from the Q4 2021 report are as follows:

“Quarter-end cash and cash equivalents increased sequentially by $1.5B to $17.6B in Q4, driven mainly by free cash flow of $2.8B, partially offset by net debt and finance lease repayments of $1.5B. Our total debt excluding vehicle and energy product financing has fallen to just $1.4B at the end of 2021.” 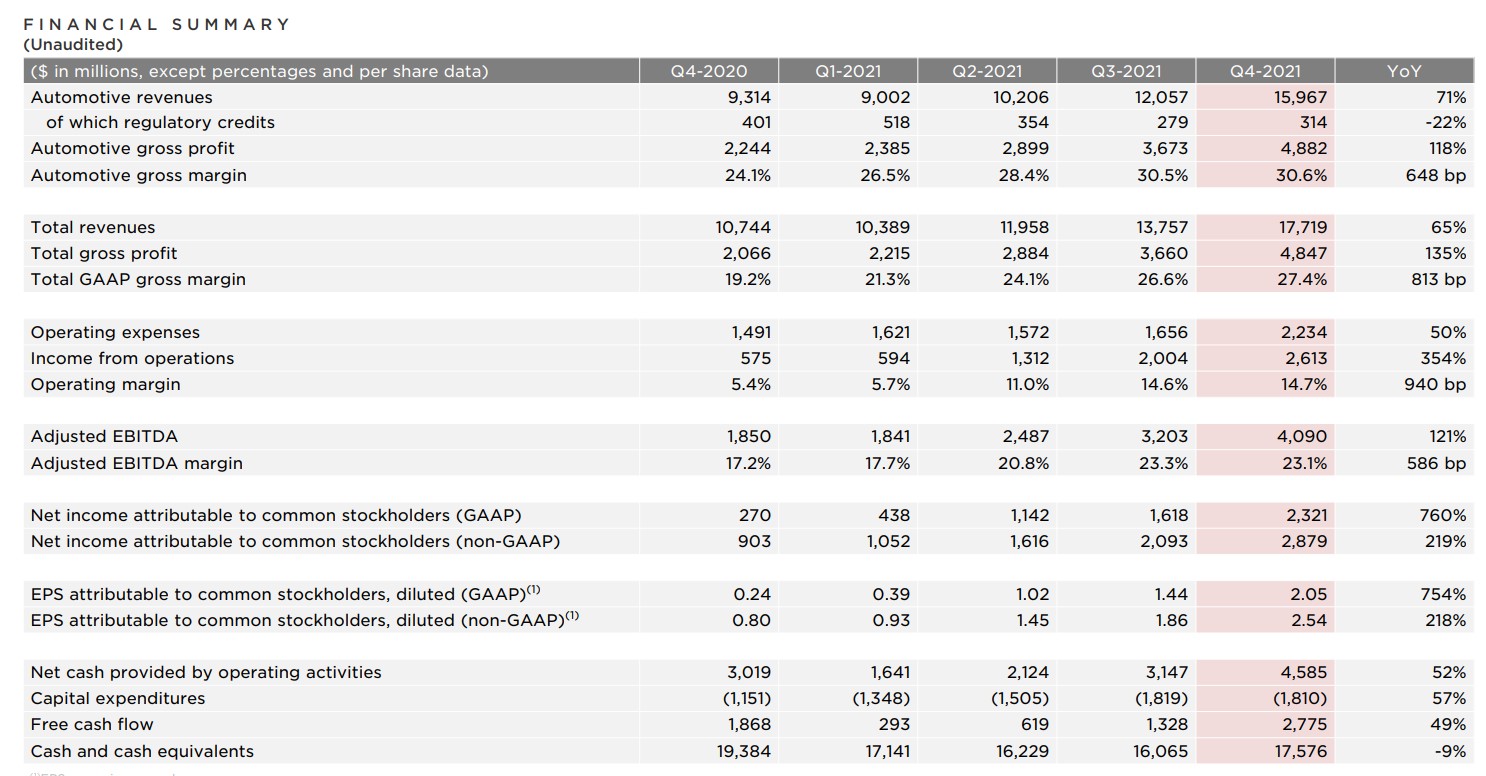 Report: Tesla V3 Supercharger Output To Be Increased To 324 kW
⠀ Tesla Cybertruck Arrives At Giga Texas Ahead Of Product Roadmap
++
Comment!
Got a tip for us? Email: tips@insideevs.com