911 had its best year ever, which underlines how big of a success this was for the Taycan and EVs.

The most important thing is however that the brand quickly increases all-electric car sales - Porsche Taycan/Porsche Taycan Cross Turismo family. In Q4, Porsche noted a new quarterly record of 12,656 (up 40% year-over-year). That's 14.9% of the total volume (a new record). 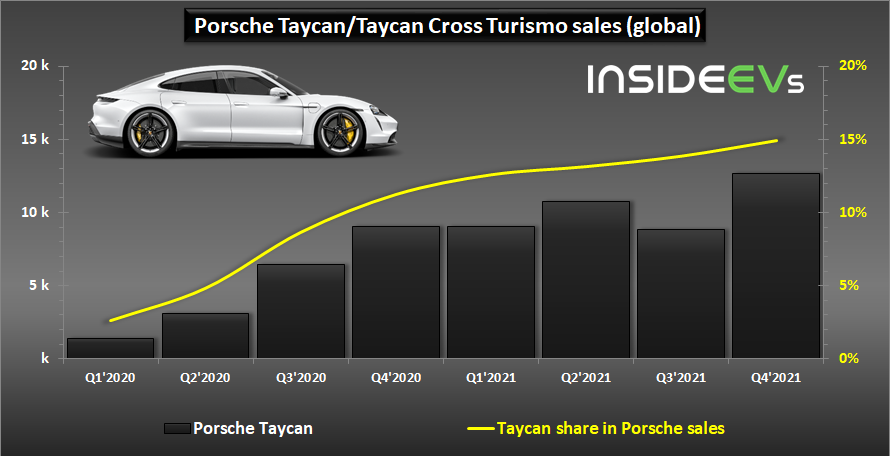 The Porsche Taycan is the third most popular model in the lineup:

Porsche does not report the number of plug-in hybrid sales (Cayenne and Panamera), but we guess that they would also have a noticeable share out of the total volume.

With such an outcome, we can be sure that the transition to electric cars for Porsche will be pretty smooth.

Once the all-electric Macan - built on the all-new Premium Platform Electric (PPE) developed by Audi and Porsche - arrives (and it's pretty close, considering the latest spy images), it might become the top Porsche model.

All-electric Cayenne and Panamera most likely will be the next step, and at some point, maybe we will see also an all-electric 911. 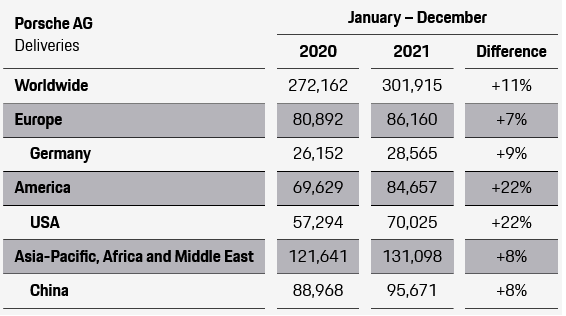