US: Porsche Taycan Sales More Than Doubled In 2021

A big part of this positive trend is electric cars. In Q4, Porsche sold 2,191 Taycan/Taycan Cross Turismo (all versions), which is 44% more than a year ago. This result also represents 11.9% of the total.

As we can see, the Porsche Taycan family was among the top four Porsche models during the period: 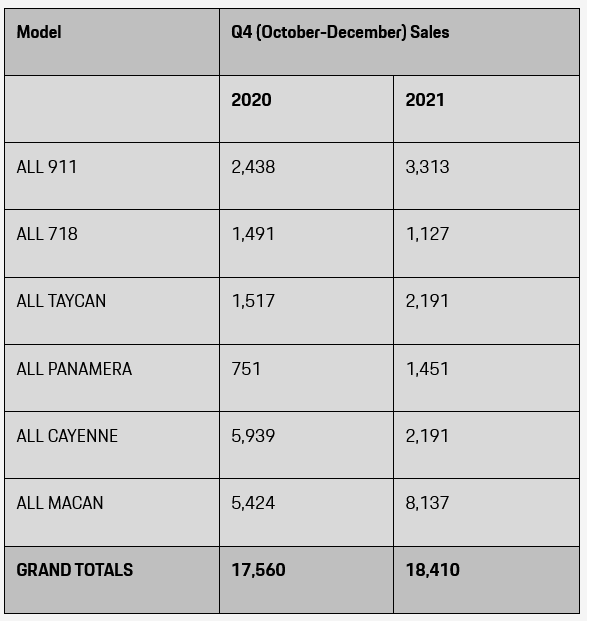 "Deliveries of the Porsche 911 outpaced Taycan sales for 2021 as a whole after trading places in previous quarters."

Doubling the sales translated also into a very good 13.5% share for all-electric cars in the Porsche lineup. Cumulatively, Porsche sold almost 14,000 units of the Taycan.

Unfortunately, Porsche doesn't reveal sales for the plug-in hybrid Panamera and Cayenne, which would further increase the xEV share, but the company has revealed that the combined share of electrified vehicles (BEVs and PHEVs as we understand) is at 17%. 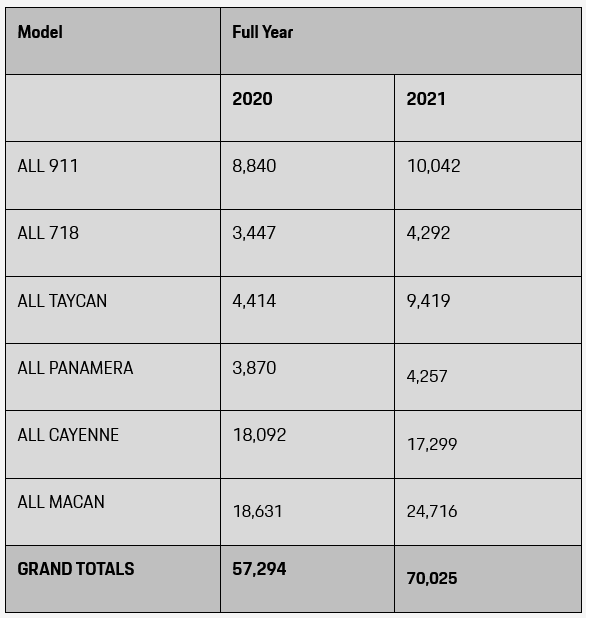 The future outlook is great as the manufacturer reports a record number of orders on hand:

"Orders ended the year at the highest level recorded, with customer demand across all model lines and all three powertrains: electric, plug-in and combustion."