It will be a decade of the battery rush.

There were only a handful of battery plants launched in the past decade (the Tesla Gigafactory 1 in Nevada was the largest one), but now there is a huge wave of new projects that spread through the automotive industry in the U.S.

The Department of Energy’s (DOE) Vehicle Technologies Office highlights 13 new projects at various stages that are expected to be completed by the end of 2025. 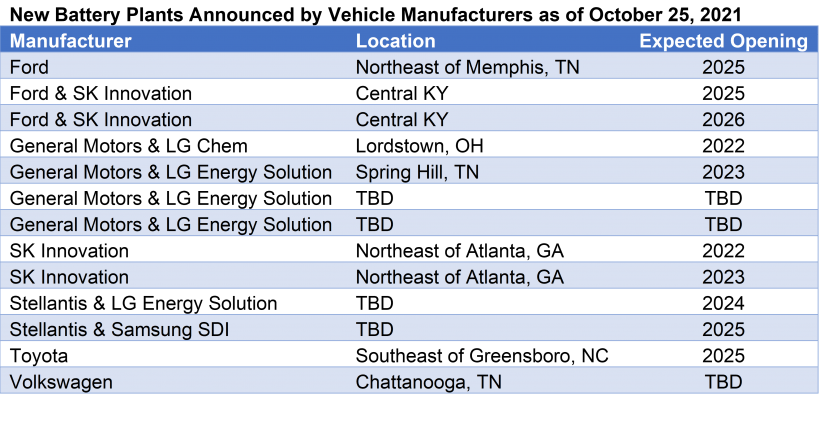 The list appears to include projects related to both battery cells and packs for electric cars. But even with those 13 positions, it is still far from what we will see, as there are more projects in the pipeline.

Let's try to list some of the battery cell projects and see how big the new wave is:

A quick look shows that the total manufacturing output will be north of 300 GWh per year by 2025.

That does not include a potentially very large project - Tesla's 4680-type cylindrical cell gigafactory in Texas. It could be a three-digit number of GWh.

As far as we know, basically all battery manufacturers and automotive groups are considering investments in more battery plants. It could be Chinese companies (like the Gotion High-Tech rumored recently), Panasonic (they are working on Tesla's 4680-type cells and with Toyota) or all-new start-ups.

On top of that comes battery pack plants - the list includes two, but there are and will be more of them, alongside car assembly plants.

One thing is sure, the EV battery industry might expand by 10 times within less than 5 years.