But what is the entry-level RWD version doing on the list?

The official EPA range and efficiency numbers for the 2022 Tesla Model Y are in. No surprise in terms of values, but the presence of the RWD version is.

Tesla currently offers only two versions of the Model Y in the U.S. - the Long Range (AWD) and the Performance (Long Range AWD with more power for better acceleration). The LR is available with 19" and 20" wheels, while the Performance version comes only with 21" wheels.

The Tesla Model Y RWD is not available at all, but it has its EPA rating as well. 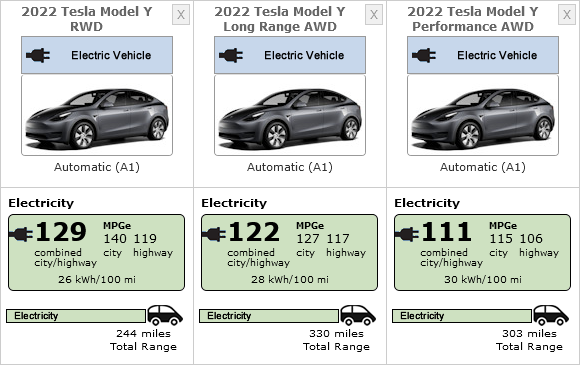 Unfortunately, we must complain about the EPA, as its documents no longer show the City and Highway range ratings for some of the new cars (2022 model year) - in this case, the Tesla Model Y RWD and Performance versions (we used the 2021 model year values, as they appear carried over).

The same numbers suggest that it's not a new version with an LFP battery - but who knows, maybe such a new, entry-level version will be introduced. The numbers would be then at least slightly different. 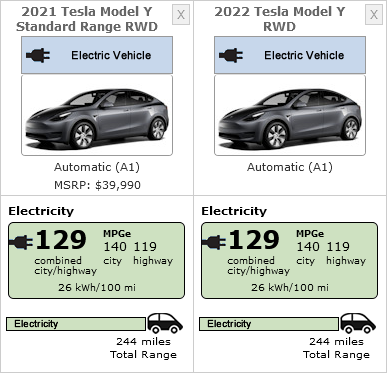 An interesting thing is that the 2022 model year car has higher range, despite the overall efficiency (including charging losses) being lower. 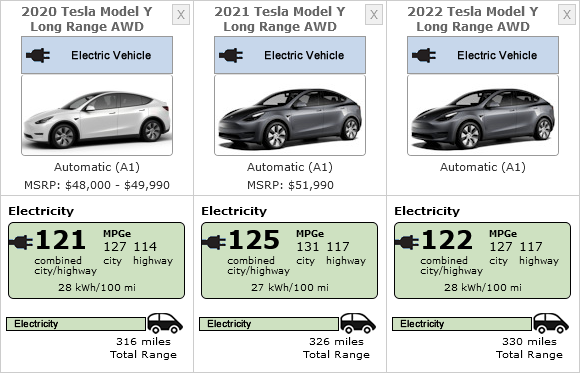 No change compared to the 2021 version. 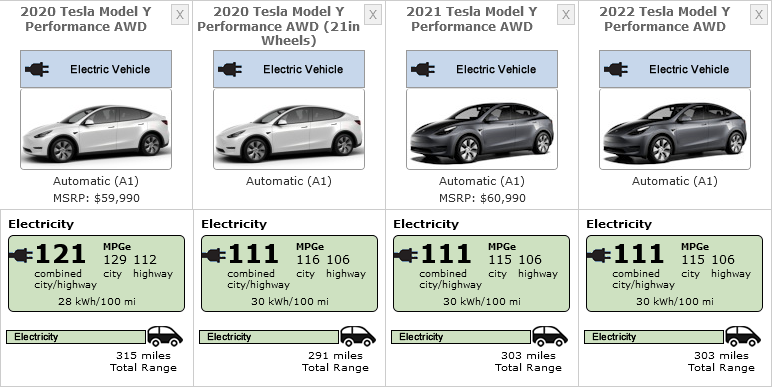