The manufacturer does not encourage customers to buy this version (it's not available in the online design studio and hasn't been since February), but there might be an option to order it through direct contact with Tesla (though some encountered difficulties with it).

Anyway, the "SR" version is the most efficient Model Y, as it has smaller battery and noticeably lower weight (single drive unit in the rear, instead of two probably helps a bit as well). 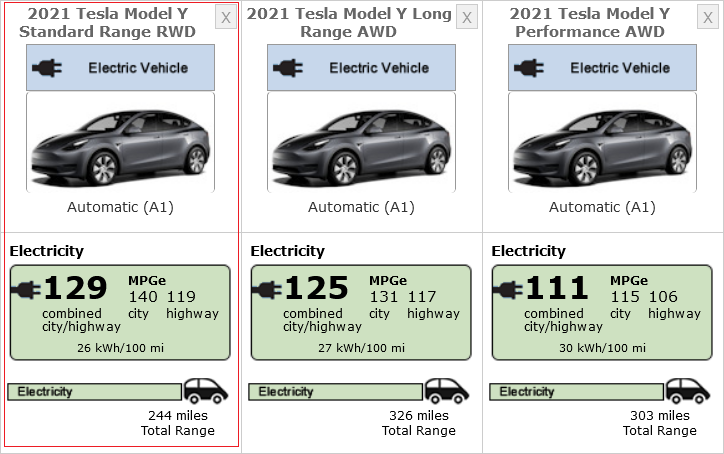 For those interested in the comparison between the SR and LR versions, here we have a table that shows that the LR has an advantage of AWD, slightly better acceleration and more range, which comes at a cost of a 20% higher price (the last known value in the online design studio) and slightly higher energy consumption.