F-150 Lightning Is The Most Researched Electric Pickup On Twitter

The Lightning dominates US Twitter users' interests in 28 states, more than its main competitors combined.

The Ford F-150 Lightning is the most researched electric pickup truck on Twitter, much more than the GMC Hummer EV, Rivian R1T and Tesla Cybertruck.

Interest for other models was also tracked, such as the Bollinger B2, Lordstown Endurance, and Atlix XT, but none of those managed to beat the four models shown on the map: the Ford F-150 Lightning, GMC Hummer EV, Rivian R1T, and Tesla Cybertruck.

As you can see from the map put together by auto site PartCatalog using trends software with direct access to geotagged Twitter data, the Ford F-150 Lightning is by far the most researched electric pickup on Twitter, ranking first in 28 states. The GMC Hummer EV takes second place by dominating in 10 states, followed by the Rivian R1T with 8 states, and the Tesla Cybertruck with only 4 states.

It’s interesting to note that Ford takes the middle of the country, which is traditional pickup truck territory, while the others take the coasts. Out of these four models, the Cybertruck seems to be the least interesting for Twitter users, likely because of its unconventional design and the fact that the start of deliveries is still far away.

The Rivian R1T has already started shipping to customers (albeit beginning with Rivian employees), while the GMC Hummer EV Edition 1 will follow before the end of the year. Ford F-150 Lightning customer deliveries are expected in the second half of 2022. As for the Cybertruck, Tesla aims to start initial production at Giga Texas before the end of 2022, with volume production to follow in 2023. 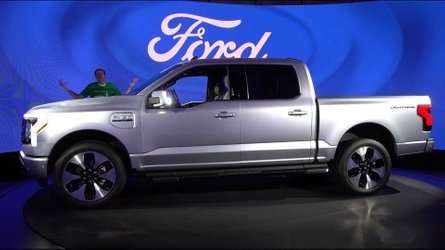 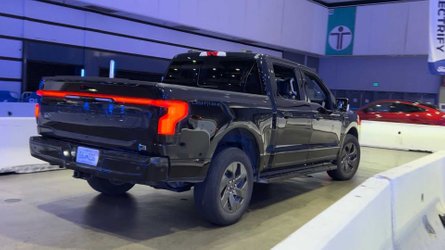