According to Tesla CEO Elon Musk, this has probably been true for some time, and it's not letting up.

According to recent research by the Peter Vardy Newsroom, people across the globe are in the market for a Tesla vehicle. In fact, there's no current car brand with more demand than the California (Texas) electric automaker, which also produces cars in China.

Soon, Tesla will be manufacturing cars in Texas and Germany, too, though the brand doesn't believe that will completely ease up production constraints. Tesla continues to raise its prices on a regular basis, and delivery estimates on its website continue to be extended.

CEO Elon Musk chimed in after Hertz said it ordered 100,000 cars and should have them by the end of 2022. There's no contract, and the timeline is probably not going to happen since there are so many unfilled orders already, and Tesla is highly production constrained.

Currently, many automakers could easily say demand exceeds production. There's a shortage of new vehicles for sale primarily due to a global chip shortage, though supply shortages, in general, are causing the industry to struggle. 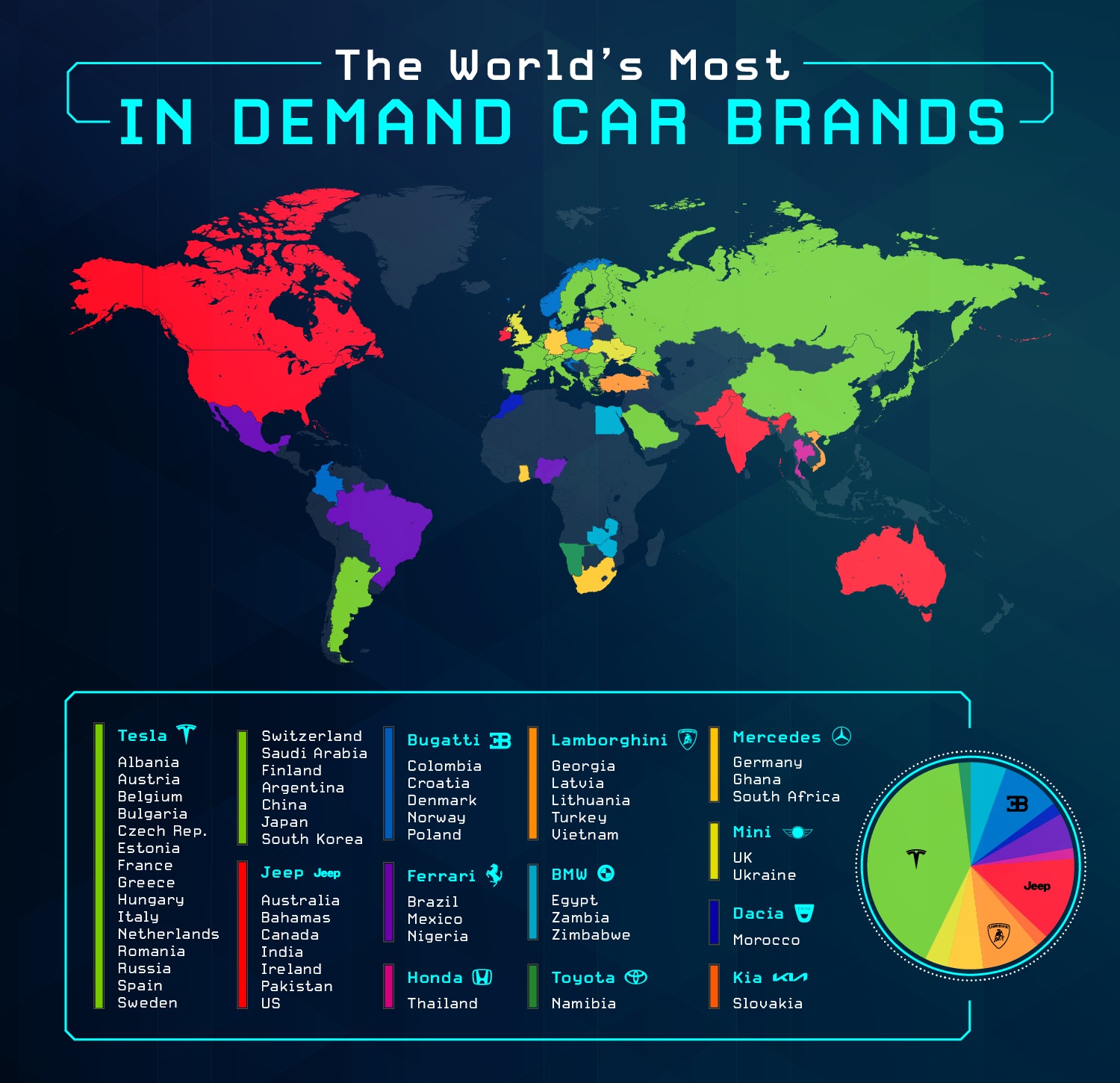 Vardy points to "the looming petrol and diesel-fueled car bans" as a potential contributing factor that may be pushing demand for Tesla's cars even higher. France, Spain, Sweden, and the Netherlands all seem to be searching for Tesla more than any other manufacturer, and as you can see from the infographic above, Europe and Asia are dominated by Tesla.

What do you think? Is demand for Tesla's cars going to continue to grow, or will people decide to buy an EV from a rival automaker? Start a conversation about this topic in the comment section below.