Is this something Tony Stark would like to drive?

Lucid Group recently started deliveries of its Air Dream Edition electric luxury sedan in the United States and some of the lucky owners have taken to social media to showcase their cars.

One particular Lucid Air caught our attention because of the custom treatment the owner has already applied to it. Lucid Forum member Ashoka8350 posted photos of their recently delivered Air Dream Edition and we have to say it’s quite an eye-catcher.

While you may be tempted to believe this car has been personalized by Lucid Group’s bespoke division (we’re not sure such a thing even exists yet, by the way), the two-tone (three-tone if you count the roof) paintwork is actually a professional aftermarket wrap.

The colors used are reminiscent of Tony Stark’s body armor, although the owner says that inspiration for the design came from similar paint schemes found on Rolls-Royce and Bentley cars.

Ashoka8350 then goes on to say that the Lucid Air Dream Edition actually matches the high standard set by the two British super luxury brands, which is quite interesting to hear.

“The quality and performance of Lucid Air Dream Edition is somewhat similar to the standard of Rolls Royce and Bentley, I believe.”

As for the particular color scheme, the owner says the car features both colored and clear 3M wrap. The bottom part of the body is covered in 3M Shiny Cranberry Sparkle Red tape, which the owner reckons is quite close to the Zenith Red factory option.

The rest of the body features a clear wrap, giving away the car's Eureka Gold factory color for the lower body and the platinum polish finish for the roof and pillars.

Like it or not, you can’t deny that this Lucid Air Dream Edition is a head-turner, and the cool thing with body wraps is they can always be replaced when the owner wants to go for a new look. 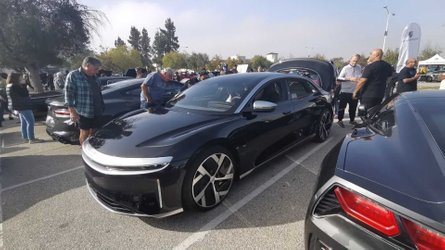 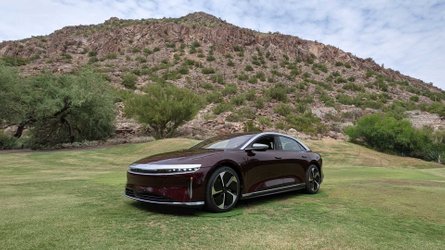