Lucid follows Rivian and sends out the first cars from the factory.

Lucid has released a photo of a vehicle carrier with six fully packaged Lucid Air electric cars on their way to a destination.

We guess that those are the first customer cars - Lucid Air Dream Edition - that within the coming days or weeks will be delivered. The company said a month ago that the first deliveries are expected in October so only several days are left to fulfil the promise.

The production of the Lucid Air started on September 28 in Casa Grande, Arizona, so it's now been almost a month of a careful ramp up of this all-new, luxury EV.

Lucid had over 13,000 reservations for the Air when it started production, but we assume that the beginning will be slow, as quality control and satisfaction must be prioritized.

It would be great if the production and sales would reach several hundred units by the end of this year.

The initial production run will be 520 Dream Edition units (Range or Performance versions) after which Lucid will move to more regular types and more and more affordable versions - Air Grand Touring, Air Touring and Air.

With up to 520 miles (837 km) of EPA range, soon we might even see some new range records set on a single charge. The top of the line versions can also accelerate from 0 to 60 mph in just 2.5 seconds (Performance version) or 2.7 seconds (Range version).

Rivian, which started production a little bit earlier - on September 14 - noted that by October 22, 56 Rivian R1T pickups were produced and 42 were delivered.

We will closely look at those two startups as they might be new successful automotive companies, which happens rarely. 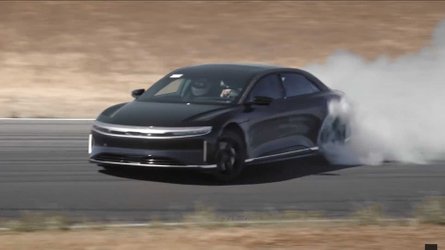 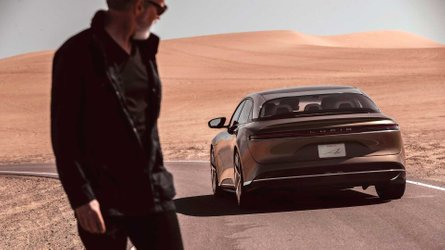 All-Electric Cars Listed By EPA Range From Lowest To Highest
By: Mark Kane
++
Got a tip for us? Email: tips@insideevs.com