Lucid Air Dream Edition Spotted On The Highway In Sacramento

It looks especially good at night with its distinctive light signature.

The Lucid Air is one of those electric vehicles that seems to have both style and substance, so we totally understand why many people are very excited to get one. The Air was shown as a concept back in 2016, but now it’s a fully-fledged production sedan with impressive specs and its sights set not only on the Tesla Model S, but also conventionally-powered luxury sedans from established automakers.

It’s actually remarkable how close to the concept Lucid was able to keep the production Air’s design - it looks almost identical, and that’s a good thing. The interior is impressive too, not only in terms of the impressive fit and finish that many have reported, but also the level of space inside - the Air is just a tad smaller than a Model S, but it offers space inside similar to a BMW 7 Series or Mercedes-Benz S-Class.

It’s also a practical car, with features such as the industry’s largest frunk, as well as one of the largest trunk openings. And we could go on and on about how many things there are to get excited about in the Air, but we’re trying to contain our excitement until we get to spend more time with it - so far we were only allowed to very briefly experience it, and we want more.

Until then, check out this video shot by a passenger in a Tesla Model Y driving down a highway in Sacramento, California. They spotted an Air prototype probably still undergoing testing and even though it was on the move and the video was shot at night, it’s still clearly visible and a pleasant sight; the same uploader has another night time video showing the Lucid waiting at a drive-through restaurant.

We've experienced the Lucid Air too 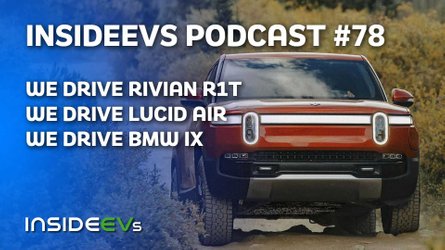 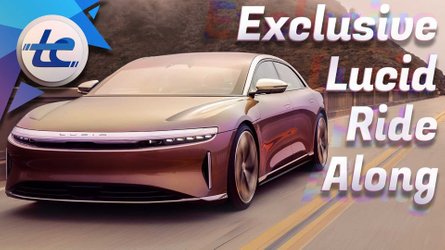 Lucid Air's First Ride Along Reveals More Than How It Drives