If the numbers prove accurate, then that’s almost as quick as filling up a gas car with fuel.

One big bugbear holding back more widespread EV adoption is having to wait for your electric car to charge for many tens of minutes, or hours sometimes, which is nowhere near as convenient as just pumping fuel into a car’s tank. However, charging speeds are going up, charging times are going down and a new car from China can reportedly charge about as quickly as you can fill a tank.

The vehicle in question is an upcoming electric crossover for the Chinese market, the GAC Aion V, which is expected to debut this September. According to cnevpost.com (who were present at the event where the charging test was performed), during a demonstration held in late July, one GAC Aion V that was hooked up to a charger showcased the model’s super-fast charging - even at 80 percent state of charge, the vehicle was still drawing 481 kW from the charger, and it put 35.1 kWh into the battery in just 4 minutes. 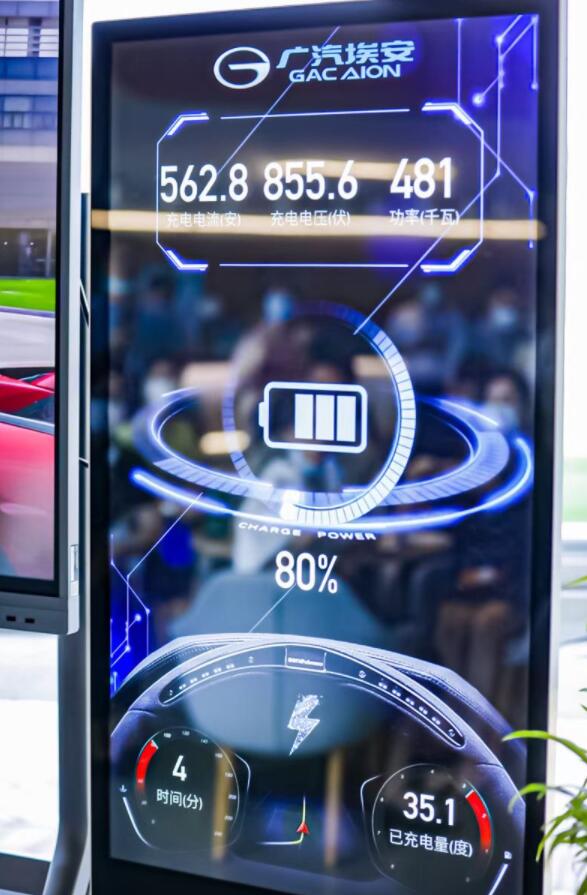 The numbers have yet to be independently verified, and they only apply to the 6C version of the Aion V, that also has a claimed NEDC range of 1,000 km (621 miles) on one charge. There’s also a 3C version whose range is 500 km NEDC and its charging speeds aren’t quite as high.

The manufacturer says that even if the Aion V’s battery is constantly charged at maximum capacity (but at room temperature), the battery should still be good for up to 1-million (621,000 miles) before it needs to be replaced. These new super-fast charging models will start to be rolled out and they will be independently tested in order to verify the ultra-fast charging speeds.