Tesla Model S Plaid Meets Its Match, And The Rival Is Unexpected

It was only a matter of time before the Tesla Model S Plaid would meet its match, and it has already lost a few races that we're aware of. However, those losses were against cars that aren't considered passenger production vehicles, or cars with crazy mods, like nitrous. In the video above, the Model S loses in a big way, and this time, it's to a toy car, though it's not just any toy car.

According to Tesla, the all-new Model S Plaid is the quickest production car ever built. The brand's site says the car can accelerate from zero to 60 mph in just 1.99 seconds, though that number includes rollout. Several drivers and owners have also proven that the car can come close to the 2-second mark.

Electric cars will continue to be the quickest cars on the road due to their instant torque. However, hardcore fans of gas-powered cars have always claimed that Tesla's cars are only quick off the line, and they'll lose in longer races, they're not as agile as other sports cars, and they can't endure repeated launches.

It seems Tesla's Elon Musk wanted to produce and sell the Model S Plaid to prove naysayers wrong, and moreover, to cement the fact that EVs are the future. The Plaid can complete a quarter-mile pass in about 9.2 seconds, so there are few, if any, typical production cars that can touch it beyond 60 mph.

"On this episode we feature latest street legal spaceship by Tesla, the Model S Plaid! 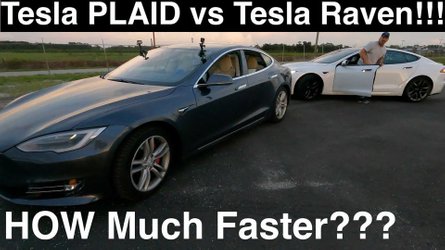 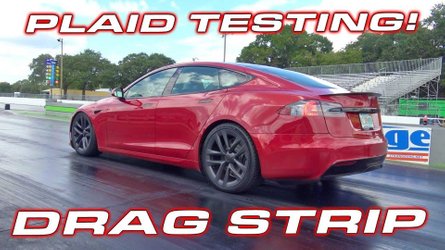 The only thing left to say here is, you've gotta watch this video. The RC car is truly nuts, but the Plaid works to impress like none other. The guys take some folks for a ride, and they're blown away. Leave us your wisdom in the comment section below.