But LG Chem's LG Energy Solution is on the rise, taking the first spot in February and March.

The global passenger xEV (BEVs, PHEVs, HEVs) market is one of the hottest races of this decade, so let's take a look who is in the lead after the first quarter of 2021.

According to Adamas Intelligence, the three top lithium-ion battery manufacturers, by GWh deployed onto roads in newly sold passenger xEVs globally in Q1 2021 are:

CATL is 12% above LGES and 46% above Panasonic. None of the other manufacturers are even close to the top three, but we believe that most of them are growing fast:

The first position of CATL requires an additional comment, as the Chinese manufacturer has beaten everyone else in January. However, its results in February and March were actually slightly below LG Chem's LG Energy Solution. 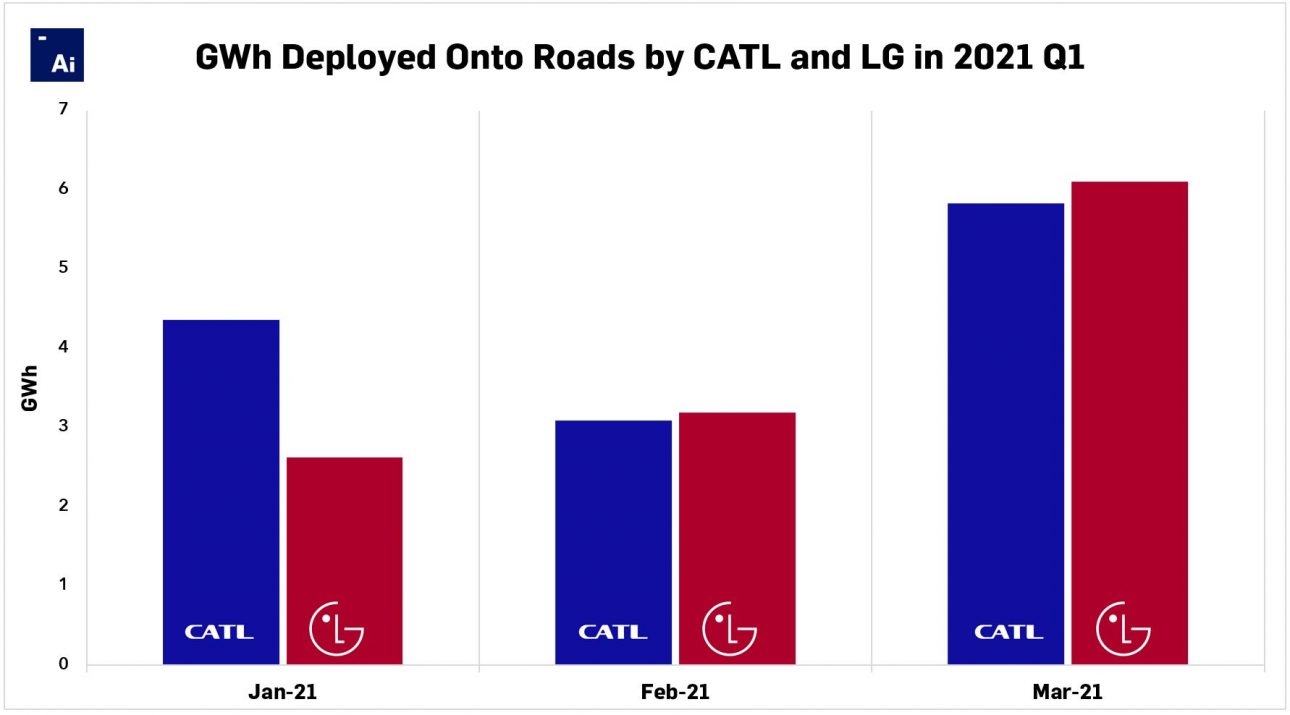 And on top of that comes batteries for buses (0.7 GWh) and heavy trucks/special purpose vehicles (0.2 GWh), which is 11.5 GWh total.

Additional 0.7 GWh is for other purposes - stationary or electronics we guess.

It's obvious that CATL is a dominant player in China, but with all the investments by other manufacturers globally, we assume that LGES will become first later this year.

Panasonic, BYD, Samsung SDI and SK Innovation are also expanding quickly and should not be underestimated.

One big question mark is Tesla, which possibly might become a substantial stand-alone battery manufacturer as well. We will see how the launch of 4680 cells will progress this year and in 2022.