US: The Average Cost Of 'Fuel' Is 60% Lower For EVs Than ICE

Let's take a look of what the eGallon tool reveals about fuel and energy costs.

We all know that electric vehicles are more efficient than internal combustion vehicles, but how does it translate into costs for fuel and energy?

The U.S. DOE’s Office of Energy Efficiency & Renewable Energy has recently released an interesting comparison between the states using the eGallon tool.

It's an interesting measure because it compares the cost of a gallon of gasoline with the cost of driving an average electric vehicle (home charging) the same distance as an average gasoline-powered vehicle (see sources for the details of the methodology).

On the nationwide level, it turns out that EVs have 60% lower energy costs than ICE ($1.16 vs $2.85). In other words, you can drive more than twice the distance for the same amount.

"Based on a national average price of $2.85 for a gallon of regular gasoline and $1.16 for an eGallon, the average fuel cost savings for an EV driver was about 60%."

In all states, EV energy cost is lower, but it varies significantly between the markets. The highest difference of 72% ($0.89 vs $3.13) was noted in Washington:

"The state of Washington had the greatest difference in gasoline versus electricity costs, with $3.13 per gallon of regular gasoline and $0.89 per eGallon, which yields a fuel cost savings of about 72% for EV drivers." 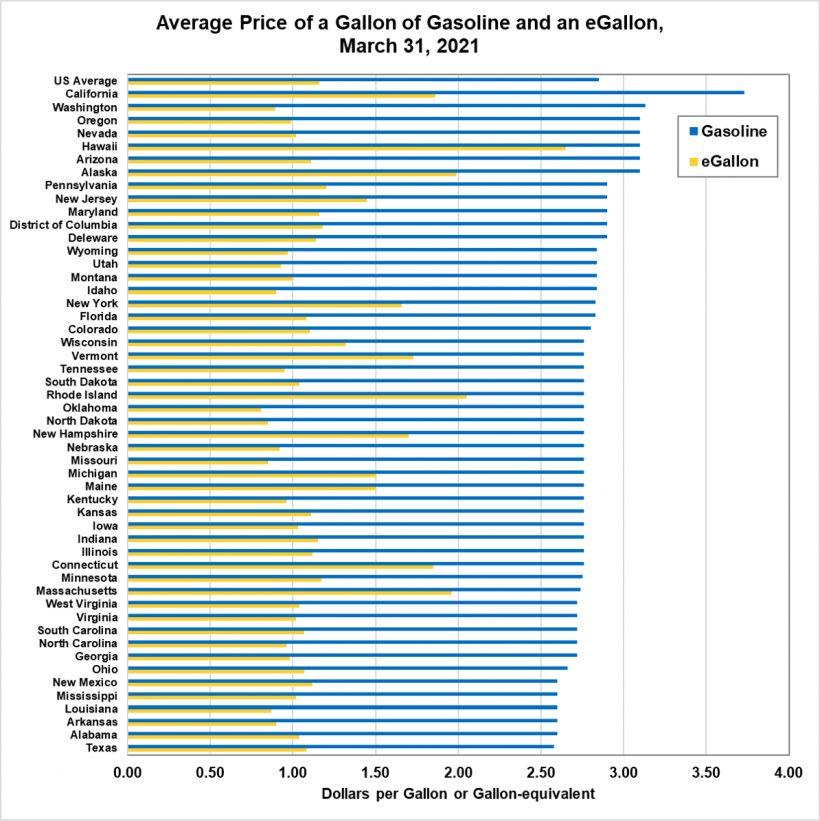 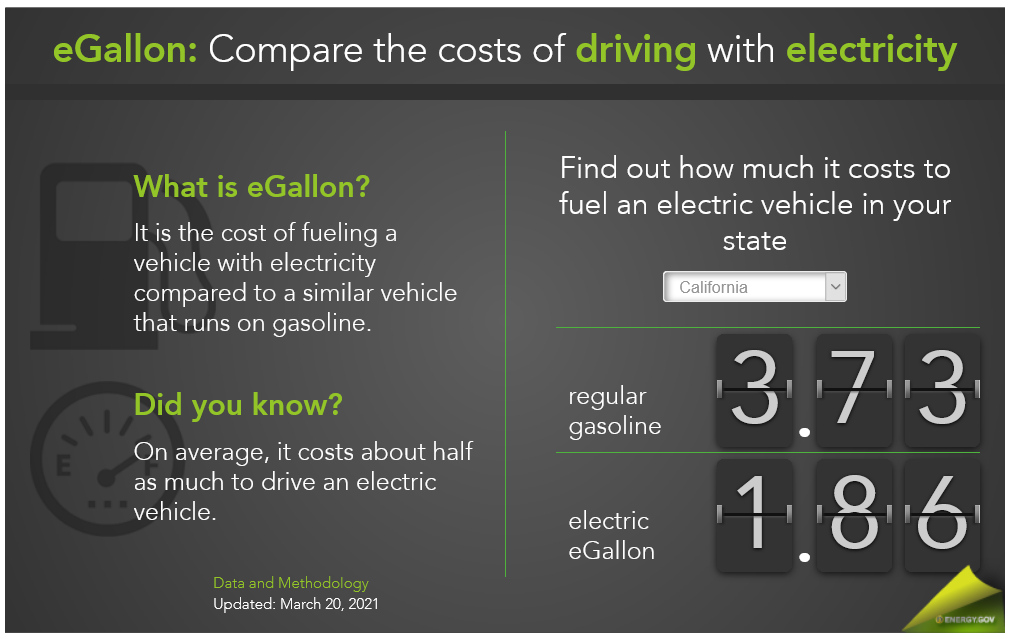 It seems that the lowest difference is in Hawaii - just 15% ($2.65 vs $3.10). That's quite unfortunate because Hawaii is one of the perfect spots for electric vehicles due to the limited range needs on the islands. 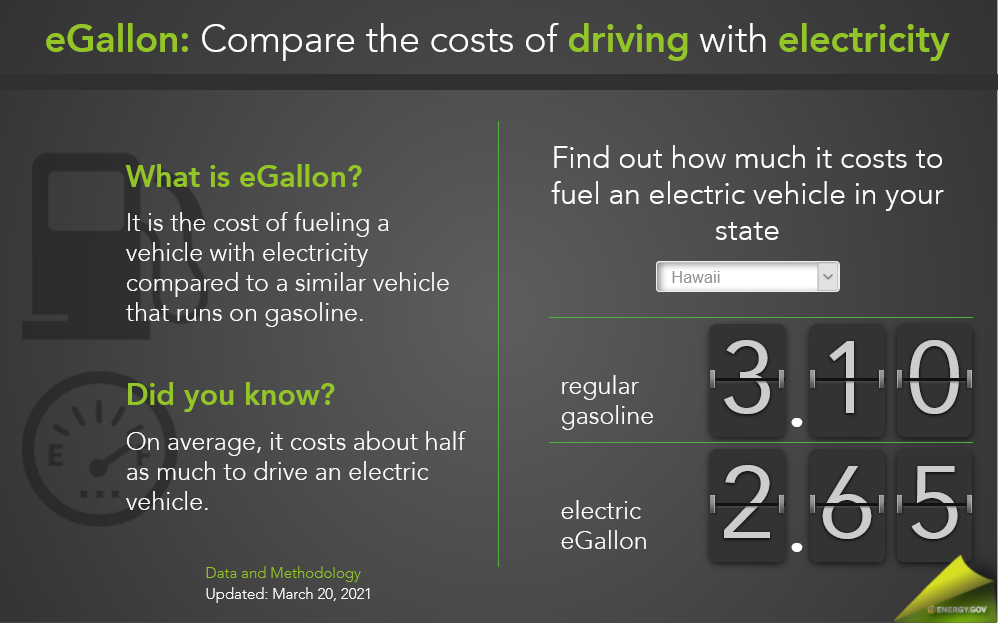