Sandy Munro: Volvo, Geely Should Be Very Proud About Polestar 2

Sandy Munro is pretty happy about what he saw under the Polestar 2.

In the third episode about the Polestar 2, Munro Live reviews the undercarriage of the car, which usually is the most interesting in the series, due to the vast experience of Sandy Munro.

The overall evaluation is very positive. Sandy Munro said that he is pretty happy with what he saw under the Polestar 2 and that Volvo/Geely parent companies should be very proud of the Polestar.

See also: E1 - First Impressions and E2 - Under The Hood.

Most of the solutions appear to be good, some are bad, and some are just different than usual, according to Sandy Munro.

In the front, there is a lot of good engineering and overall, it looks inexpensive and lightweight. Interestingly, Polestar is using friction welding of the battery box, not seen too often in cars. There are also smart and simple plastic air shields on the sides.

In the rear, Sandy Munro criticized the location of the inverter behind the motor (it would be his "last choice on the planet"). He later pointed out where he would put it. Some parts could be attached better (to save weight and cost).

It's great to see that new EVs on the market are well-engineered. We guess that as EV sales increases and more money is invested into new platforms, we will see even more good stuff in the next wave of electric cars.

Automakers clearly have not yet switched entirely into EVs and even then, the progress in the first decade of mass production will be probably tremendous. 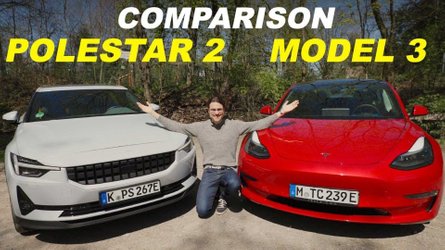 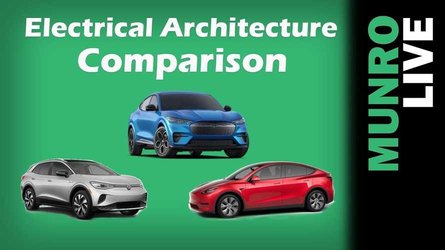 Munro And 3IS Compare Tesla, Ford & VW Electrical Architectures
By: Mark Kane
++
++
Got a tip for us? Email: tips@insideevs.com