This comes as no surprise considering Ford's future roadmap.

Just in case you're not up on the Ford EV game, the company's CEO Jim Farley, as well as North America Product Communications manager Mike Levine, have been quite active on social media spreading news about the automaker's electric future.

Not long ago, when Levine was promoting the Bronco on Twitter, a Tesla owner replied that he wished the SUV would come in an EV version. Within one minute, Levine had already replied, "Electric Bronco would be amazing." This isn't the first time the topic has come up, and we seem to remember Levine saying something similar in an earlier reply to a different Twitter user.

Fast-forward to yesterday, May 10, 2021, and Ford CEO Jim Farley hinted at the potential for a Bronco EV. In fact, he made it seem as though Ford might already be planning an electric option. As you can see from the exchange below, it looks like the original tweet has a typo – "opinion" should be "option" – but Farley clearly understood.

Twitter user Powered by Tesla says he's a Ford shareholder and wonders why with the brand's big EV plans, there's no Bronco EV option. Farley quickly replied with only a few words, seemingly suggesting that Ford does, in fact, have plans for a Bronco EV. Another commenter asked when it will be available for order, but Farley didn't engage.

There's arguably little doubt, Ford did a fantastic job with the Bronco, and folks are flocking to buy it. However, in discussions we've had with several EV fans, as well as threads we've read on social media and forums, the question of "Why not a Bronco EV?" has come up many times. In addition, some folks have questioned why Ford decided to launch and promote the Bronco right alongside the all-electric Mustang Mach-E.

The Mach-E sold quite well in its first month out of the gate. However, reports suggest that while production numbers are still strong, the electric pony isn't selling as well in the US as it did initially. Could the brand have more success with a Bronco EV? Should Ford quickly pursue this option in an attempt to compete with Rivian, as well as the GMC Hummer EV? Perhaps the Bronco EV will be Ford's version of the Rivian R1S? Let us know your thoughts in the comment section below. 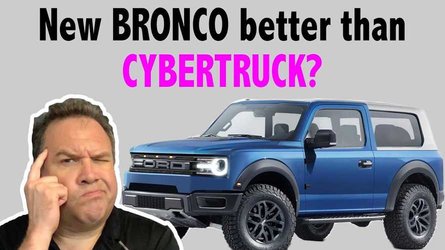 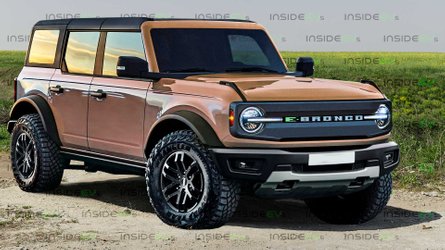