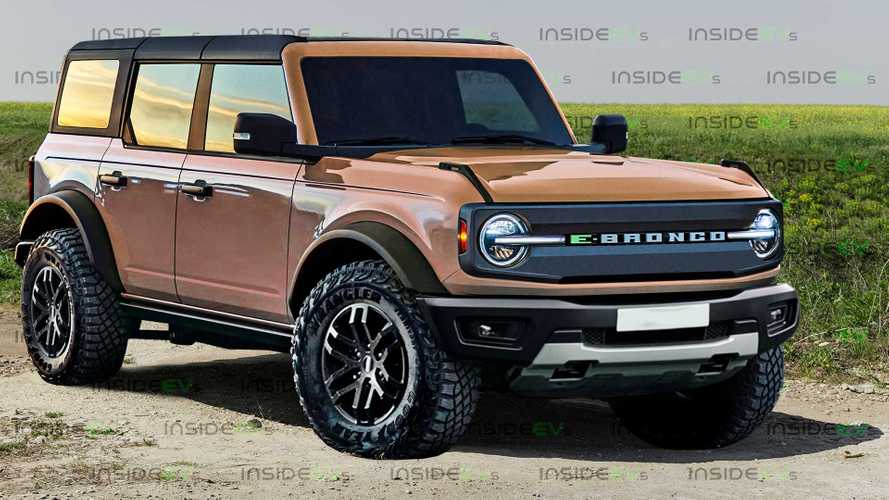 It's a shame Ford doesn't offer the Bronco in electric-only form.

With the debut of the all-new Ford Bronco comes news that no pure electric version is planned. However, the E-Bronco electric SUV seen here attempts to imagine what an electric version of the Bronco might look like.

Ford had previously stated that all of its iconic vehicles would be offered in pure electric form. That's why the Mustang went electric in the form of the Ford Mustang Mach-E and soon the F-150 will be offered in an electric-only version too.

It would make sense then to assume that the Bronco (also an iconic Ford model) would be available in electric-only form, but Ford says it's a possibility, just not in the cards right now. That's disappointing, considering the fact that full electrification of the Bronco would make it even more capable both on and off the road. Just imagine how quick a pure electric Bronco could be. Or how useful that instant torque would be in off-road situations.

Of note with this render is that we kept it very simple. The styling of the new Bronco is very unique and we doubt Ford would change it much if it were to offer it in an electric-only variant. The only changes made to the real Bronco and the one seen here are different wheels, a slightly lower ride height and, of course, the required blocked off front grill and the unique E-Bronco badging.

The end result is still pure Bronco, just with a bit of electric style. Our question to you is, would you buy one if Ford offered it in say a 300-plus mile version? And how much would you pay for such a vehicle? Let us know in comments.