Both the cabless chassis and the cab version will launch alongside the regular medium-duty variants and the B1 in 2022.

Rear-wheel drive versions can be outfitted with dual wheels on the rear for an additional $2,500. It is worth mentioning that the Chass-E is basically just the skateboard chassis with motors, controllers and battery pack. If you want an actual cab, then that’s where the Chass-E Cab version comes in to literally put a roof over your head.

Both the Chass-E and Chass-E Cab come with a 140 kWh battery pack that is said to give it a range in excess of 200 miles (322 km); its payload capacity is rated at 7,500 pounds for the rear-wheel drive version or 5,000 pounds if you add all-wheel drive (which also swaps out the solid rear axle for an independent setup). 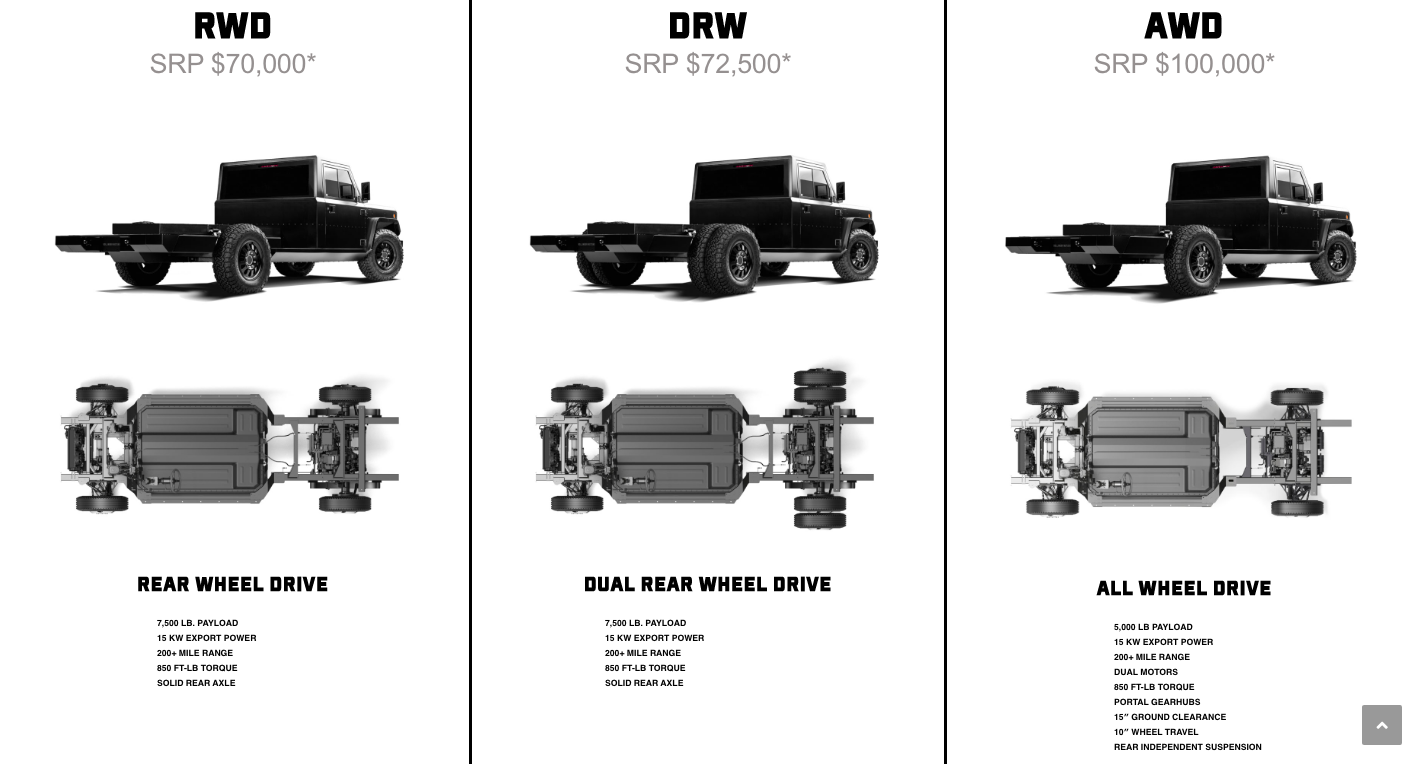 Opt for all-wheel drive and ground clearance is increased to 15 inches (thanks to the use of portal axles) and Bollinger says it has up to 10 inches of wheel travel. For its Class 3 trucks, Bollinger says you will be able to spec a larger 180 kWh battery pack, but for the biggest Class 6 - 7 chassis, you will have the option to get three 134 kWh packs hooked up together for a combined 402 kWh.

However, as tempting as all of the above may sound, Bollinger still needs to secure a manufacturing location. The company plans to subcontract an established company to build all its models, but it until now it has not announced its manufacturing partner.

10 Photos
By: Andrei Nedelea
++
Got a tip for us? Email: tips@insideevs.com